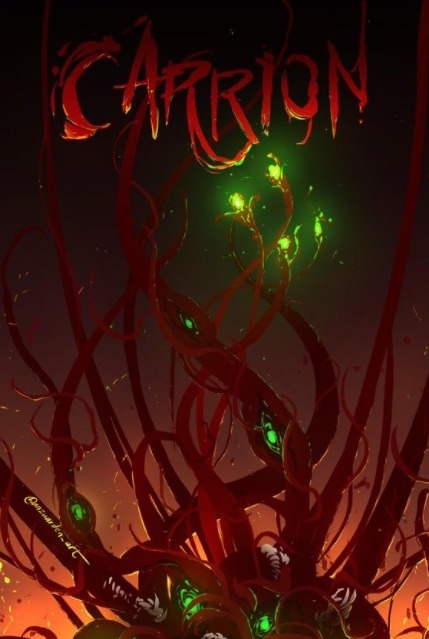 Carrion is a horror video game developed by Phobia Game Studio and published by Devolver Digital. Described as a "reverse-horror game", the game allows players to control a tentacled monster whose objective is to make its way through a facility, stalking and killing humans in its path.

Carrion was released for Microsoft Windows, macOS, Linux, Nintendo Switch, and Xbox One on July 23, 2020.

Players control a red, amorphous, tentacled monster of unknown origin. The monster must make its way through a facility, crawling through vents and killing scientists and soldiers.

As the game progresses, players can obtain upgrades such as the ability to dash—which can be used to break through wooden barricades and access otherwise unreachable areas—and to grow in size.

The titular organism is held in a containment unit within a research facility owned by a company called Relith Science. The creature breaks out and progresses through the facility in order to find an exit.

As the organism progresses through the facility, it fights and devours its way through the facility's staff and security forces. Along the way, the creature discovers pieces of its genetic code removed by the scientists for study and containment, which allow it to evolve, allowing for greater size and more means of both defense and offense.

The creature also encounters material analyzers which, upon entering, trigger flashbacks revealing its origins. The carrion was originally found in a dormant state of biomass by three scientists, and upon awakening, killed two and possessed the third. However, Relith security forces arrive and execute the remaining scientist, forcing the creature out.

Eventually, the creature returns to its initial containment area and absorbs the last piece of its stolen genetics, allowing it to totally reconstitute a human form as the scientist it originally infected. The disguised creature then escapes the facility into what appears to be a partially quarantined Seattle.citation needed

Carrion was developed by Phobia Game Studio, an indie game developer based in Warsaw, Poland. According to tweets by developer Sebastian Krośkiewicz, development on Carrion began at least as early as October 2017.

Gameplay from Carrion was first shown publicly at the 2018 Game Developers Conference. An official reveal trailer for the game was uploaded to YouTube by Devolver Digital on June 9, 2019. Devolver Digital promoted the game during their press conference at E3 2019.

The soundtrack by Cris Velasco was released by video game label Materia Collective on July 23, 2020.

Phobia Game Studio released a demo version of the game on Steam in October 2019.

Carrion received generally favourable reviews on Nintendo Switch, PC and XBox One according to the review aggregator Metacritic. It was nominated for Best Debut Game and Best Indie at The Game Awards 2020.

Screenshots from the game CARRION 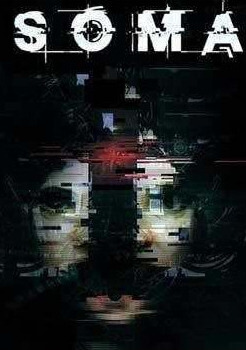 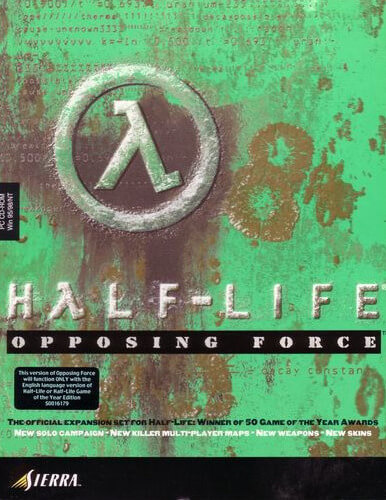 Hello Friend! On this page, you can download the full and latest version of the game CARRION on your MacBook Free. This is Cracked Game.
Comments 4 on "CARRION for Macbook"
Вход Регистрация
Category
TOP 5 Games