Middle-earth: Shadow of Mordor is an open world action-adventure video game developed by Monolith Productions and published by Warner Bros. Interactive Entertainment. The game was released for Microsoft Windows, PlayStation 4, and Xbox One in September 2014 and PlayStation 3 and Xbox 360 in November 2014. An original non-canon story set in the legendarium created by J. R. R. Tolkien, the game takes place between the events of The Hobbit and The Lord of the Rings. The player controls Talion, a Ranger who bonds with the wraith of the Elf Lord Celebrimbor, as the two set out to avenge the deaths of their loved ones. Players can engage in melee combat, and use wraith abilities to fight and manipulate enemies. The game introduces the Nemesis System, which allows the artificial intelligence of non-playable characters to remember their prior actions against the game's protagonist and react accordingly.

The game's development began in 2011. In order to create an accurate environment and be consistent with Tolkien's books, the developers consulted many people from Warner Brothers, as well as Peter Jackson, director of the Lord of the Rings and The Hobbit film trilogies. They also received assistance from Weta Workshop, who advised on the special effects. Monolith focused on the development of the PC, PlayStation 4, and Xbox One versions, while the development of the PlayStation 3 and Xbox 360 versions was outsourced to Behaviour Interactive.

Middle-earth: Shadow of Mordor received critical acclaim upon release. Most praise was directed at its combat, open-world design, and the Nemesis System. Some criticism was aimed at the game's story and boss battles. Shadow of Mordor marked the biggest launch for a game based upon Tolkien's universe, and would go on to win several awards from video gaming publications, including Game of the Year in 2015. The game was supported by downloadable content upon release. A sequel, Middle-earth: Shadow of War, was released in October 2017.

Middle-earth: Shadow of Mordor is a third-person open world action-adventure video game, where the player controls a ranger by the name of Talion who seeks revenge on the forces of Sauron after his family, consisting of his wife and son, are killed by those that lead them. Players can travel across locations in the game through parkour, riding monsters, or accessing Forge Towers, which serve as fast travel points. Though Talion is mortally felled in the game's introduction, the wraith of the Elven Lord Celebrimbor is able to use his power to keep Talion alive, along with gifting him wraith-like abilities to exact his revenge. Missions in the game feature main story missions that follow Talion's quest for revenge, side missions that involve following Gollum to find artifacts that are tied to Celebrimbor's past, missions to free the human slaves that have been captured by the Uruk armies and forced to work for Sauron, and additional quests to help forge new abilities for Talion's sword, bow, and dagger. The player also has the freedom to pursue side quests and roam around Mordor, with special activities to collect specific flora or to hunt certain creatures, or to find old artifacts or Elvish seals. Completing quests earns the player a number of rewards: experience points that are used to unlock new abilities for the player from both Talion's ranger and Celebrimbor's wraith skills, a Power value that allows the player to access more powerful abilities to unlock, and an in-game currency called "Mirian" that the player can use to improve Talion's health, wraith skill capacity, or forge new slots on his weapons to add additional runes (as described in the Nemesis System below).

In completing missions, the player can have Talion engage in melee, ranged combat, and stealth approaches, with some missions rewarding the player more for completing the mission in a specific manner. Talion's ranger abilities are enhanced through Celebrimbor, allowing the player to mix combat with special focus-based attacks; these latter attacks can be used to slow time down while aiming with the bow, drain focus out of an enemy foe, or, later in the game, brand the foe to become an ally of Talion. The combat system uses an attack-chain system that enables the player to perform special moves after building the chain to a large enough value, such as instantly draining a foe of focus or performing an area focus attack. With the combat system, they can also counter and dodge attacks. Stealth is a critical element in some missions; several areas are considered Strongholds and should Talion's presence be discovered, an alarm will sound and more Uruks will arrive to try to kill him.

A core feature of Shadow of Mordor is the Nemesis system. The game can track any Uruk (A nastier orc, the general antagonists of the game) that the player comes into contact with. While there are "generic" Uruk for the player to fight en masse, and will be as cannon fodder as part of Sauron's armies, the game will begin tracking Uruk that perform any notable talents within the game, such as killing the player, or surviving an encounter with the player. These Uruk will be promoted into captains. Defeating these leaders will help to weaken Sauron's army, and these leaders will drop a rune which the player can install on Talion's weapons to provide additional buffs in battle. Alternatively, being killed by a leader will cause the current mission to be cancelled and the player returned to a safe point to continue exploring, and the leader will gain additional power, making him more difficult to defeat in the next encounter. If the procedurally generated Orcs survive an encounter with Talion, they will also be promoted. Further, such deaths are tracked through online servers, and the player's friends on the various network services will be notified of this death and be offered the chance to accept a Vendetta mission, and exact revenge on the Uruk. If the mission is successful the game will give rewards to both the original player and the victorious friend.

The leader Uruk will have a range of strengths and weaknesses, the latter that can be exploited in combat to quickly weaken and defeat the leader. The player can gain knowledge of these through finding intelligence mostly by draining and interrogating marked Uruks for this. Being able to exploit such weaknesses in defeating the leader will gain a better quality rune and more experience points in this manner. Once the player gains the ability to brand Uruks, they can brand these leaders and convert portions of Sauron's army to their side. At this point, the player can use the Nemesis system to trigger infighting within the Uruk forces which they can then directly participate in, helping to weaken the army further. Uruks that survive their encounter with Talion will remember this when Talion combats them again; for example, an Uruk who was thrown into a fire by Talion might want revenge on him for being disfigured.

Screenshots from the game Middle Earth Shadow of Mordor 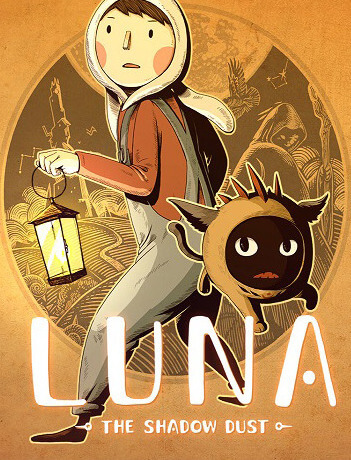