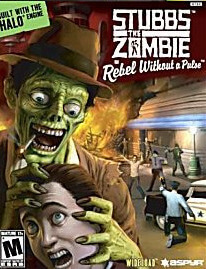 Stubbs the Zombie in Rebel Without a Pulse is a third-person action video game developed by Wideload Games and published by Aspyr Media. It was released on October 18, 2005 for the Xbox video game console, and was released for Microsoft Windows and Mac OS X in November that same year. The game was released on February 10, 2006 in Europe. The game was made available on Steam on May 17, 2007, but was later removed. It became available on Microsoft's Xbox Live Marketplace as an Xbox Originals on May 19, 2008 but was removed late 2012 due to technical issues.

The game was a moderate success garnering favorable reviews and sales for the Xbox version. A sequel was planned, but since Wideload's closing in 2014, it has been since declared canceled.

In Stubbs the Zombie the player plays as a zombie, and the primary goal is to kill humans and devour their brains. Eating brains gives back a certain amount of lost health to the player as well as converting those humans into zombies, causing them to fight alongside the player. The player has the option of beating an enemy to death with melee strikes or to transform them into zombies. Stubbs' zombie state prevents him from wielding any conventional weapons, and instead wields a variety of improvised weaponry and combat techniques, most of which are done using a specific body part as explosives or makeshift devices. Stubbs can drive a wide variety of vehicles, such as cars, tractors and tanks. All of the aforementioned improvised weapons, excluding Stubbs' hand, have a chance of converting the humans they kill into zombies. Stubbs can herd zombies which are in range by whistling. Since there is a limit to how many zombies will follow him at a time, Stubbs can guide the rest by sending whole groups of zombies in a direction with a single shove. Stubbs' zombie followers can kill humans and eat their brains, just like Stubbs can, and any human killed by one of his minions will also turn into a zombie. An enemy that fires upon a zombie in a group will attract the attention of all the rest of the zombies. Crowds of zombies serve as a great shield when approaching enemies armed with ranged weapons and are needed for sowing the necessary chaos and confusion into a difficult melee.

In 1933, Edward "Stubbs" Stubblefield is a poor traveling salesman during the Great Depression, who tries to make a living. He temporarily finds happiness with a girl named Maggie Monday, but he meets his unfortunate end when Otis, Maggie's father, comes home, and kills him, dumping his body in the wilderness.

26 Years later, the city of Punchbowl, Pennsylvania, founded by multi-billionaire playboy industrialist Andrew Monday, Maggie's son, has been built directly on top of Stubbs' not-so-final resting place. At its opening ceremony in 1959, Stubbs rises from his grave as a zombie and decides to get his revenge by eating the brains of the inhabitants of Punchbowl, quickly creating his own army of the undead, causing increasing amounts of havoc as the zombies clash with the various militant factions of the area. Beforehand, Stubbs heads to the Punchbowl Police Station where he is captured and the police chief planning on dancing on Stubbs' grave, but he escapes by ripping his arm off and using it to control an inmate to release his restraints. Stubbs soon made his way to the chief's office where they have a dance-off before the chief dances to the armoury, unaware he has Stubbs' pancreas on him which explodes, killing him.

As he makes his way, eating brains of the civilians, Stubbs kills Otis Monday by blowing up his house after a brief reunion. Shortly before this, in a barn (spoofing the war film Patton), Stubbs stands in front of an American flag hanging from a barn wall and gives a speech to his zombies. Though the speech consists only of the word "Brains" said in many tones with limited gestures, his zombies apparently understand him well enough to let loose a cheer of "BRAINS!" before shuffling away.

Stubbs soon goes to the dam where he decided to contaminate the water by urinating in it and having some zombies complete electric circuitry to blow up the dam.

Stubbs eventually reunites with Maggie and the two lovingly embrace—with Stubbs promptly eating her brain. Before her brain was eaten, Maggie revealed Stubbs was in fact Andrew's father, who got Maggie pregnant prior to his death. The angered Andrew tries to get his revenge on Stubbs by killing him from behind the force field, halfway destroying Punchbowl. Stubbs, however, must destroy the force field and loom toward Andrew, but Maggie, now a zombie, convinces him to spare their son. The game ends with Stubbs and Maggie sailing off on a small rowboat, kissing as Andrew and all of Punchbowl are destroyed by a nuclear bomb to cleanse the undead infestation, and they both "live" happily ever after.

Punchbowl is a retro-futuristic city that resembles the future as portrayed by the media in 1950s. It includes hovercars, laser weaponry, a monorail, and robots. Punchbowl was envisioned and funded by Andrew Monday and created by his teams of scientists, led by former Nazi scientist Dr. Hermann Wye.

Screenshots from the game Stubbs the Zombie 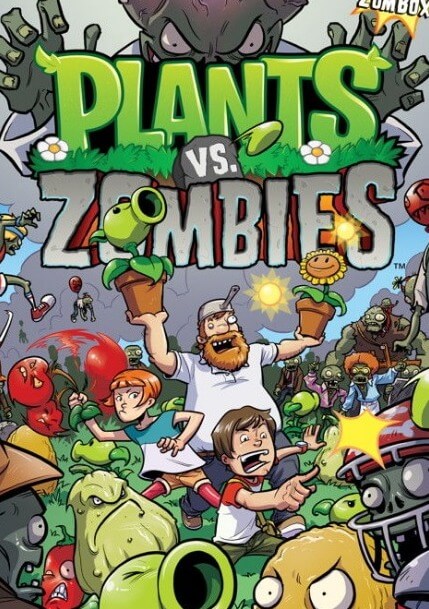 Hello Friend! On this page, you can download the full and latest version of the game Stubbs the Zombie on your MacBook Free. This is Cracked Game.
Comments 0 on "Stubbs the Zombie for Macbook"
No comments yet. Be the first!
Вход Регистрация
Category
TOP 5 Games