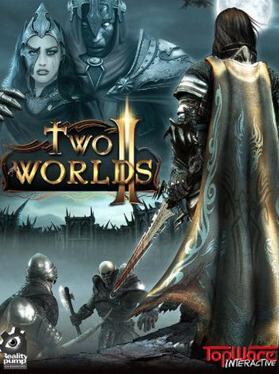 Two Worlds II is an action role-playing game developed by Polish video game developer Reality Pump and published by TopWare Interactive as a sequel to 2007's Two Worlds. It was released on November 9, 2010 in Europe for Microsoft Windows, Mac OS X, Xbox 360 and PlayStation 3. The game was released on January 25, 2011 in North America for the same platforms. Two Worlds II is a real-time role-playing game that takes place in an open fantasy world where players take the role of a single character with whom they can explore and undertake quests.

From the beginning players can customize the appearance of the protagonist such as shape of face and body, and skin colour. As is common in role-playing games, the player's character will level up by gaining experience points through completion of quests and defeating enemies. Much of the in-game world can be fully explored from the beginning, regardless of how much the player has progressed through the main story arc. Despite being non-linear, many areas of the land are populated by strong foes with higher levels than that of the player initially and as a result, players may want to explore them once their character has improved. While players will travel across much of the landscape on foot, they are soon given the option to ride on horseback and even later, a chance to man the helm of a boat to sail across the seas between islands. In addition players can also fast travel using magical teleportation fixtures found across the map.

From the beginning of the single-player game, all players' characters begin at the base level. Rather than having players choose a character's class and style of play, as they level up points are given to be spent on improving their four main stats; endurance (health and damage), strength (combat), accuracy (ranged), and willpower (magic) while also unlocking and improving various other skills and abilities such as forging items, special combat moves, sneaking, spells and others. Players can also mix skills instead of focusing on one type of character build.

Materials can be gathered throughout the game world, either found in the wild, purchased from vendors, looted from fallen enemies or recovered from unneeded equipment. Whilst some materials can be used in the forging/upgrading of weaponry and armor, others can be used in the creation of lethal devices such as traps or bombs. Many others however are ingredients for potions that can be brewed by the player. These mixtures can either be used to recover a player's health or magical reserve, to temporarily buff their skills or attributes, or to use against foes as poisons. Due to the large amount of outcomes, players can name and document their new creations.

The online multiplayer component is entirely separate from the single player game, meaning that upon first entering online play, players will create an entirely new base level character purely for use in multiplayer modes. Unlike at the start of the single player campaign, players are given the opportunity to choose the race and gender of their character, in addition to the smaller changes allowed in the single player character creator. The main multiplayer component is the Adventure mode; seven unique maps for up to eight players to accomplish given objectives cooperatively. Like in single player, characters can gain experience and skill points to improve their attributes and skills. After the player has accumulated 10,000 auras (the in-game currency), they can participate in Village mode, which allocates them a portion of land in a separate map, in which they can build and upgrade various structures to create a functioning village that can further generate more currency for use in both the Village and Adventure modes.

The other multiplayer modes are based on various player versus player objectives, in which a player's character can be brought into a wide range of maps and game types to compete against other human players online. These include; one on one duels in a small arena, team death matches where two teams of players must reach a certain kill count to win, and "crystal capture" where two team of players must collect a certain number of blue crystal that appear across the chosen map, along with other pickups that can remove or add crystals. 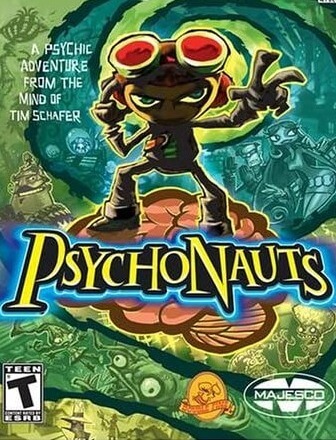 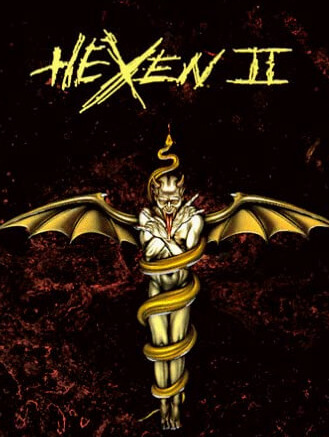 Hello Friend! On this page, you can download the full and latest version of the game Two Worlds II on your MacBook Free. This is Cracked Game.
Comments 0 on "Two Worlds II for Macbook"
No comments yet. Be the first!
Вход Регистрация
Category
TOP 5 Games