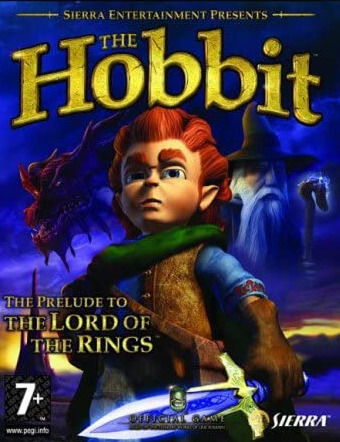 The Hobbit received mixed reviews, with critics praising its fidelity to the source material, but finding the gameplay unoriginal and too easy.

The Hobbit is primarily a platform game, with elements of hack and slash combat and some rudimentary puzzle aspects, played from a third-person perspective (the Game Boy Advance version is played from an isometric three-quarter top-down view). The player controls Bilbo Baggins, the majority of which is built around basic platforming; Bilbo can jump, climb ropes and ladders, hang onto ledges, swing on vines, etc. Progression through the game is built around quests. Every level features multiples quests which must be completed in order to progress to the next level. Many of the levels also feature optional sidequests which do not have to be completed, but which can yield substantial rewards if they are.

Bilbo has three weapons available to him during combat. He begins the game with his walking stick, which can be used in melee combat, and stones, which he can throw. To use stones, he must switch to first-person view. Later in the game, he acquires a dagger, Sting. All three weapons can be powered up by finding magical scrolls scattered throughout the game. These scrolls grant such abilities as increased damage, jump attacks, double and triple combo attacks, and charged attacks. The game also features the use of the One Ring, which can temporarily turn Bilbo invisible, allowing him to avoid certain enemies.

Bilbo's health system is based upon "Courage Points". At the start of the game, he has three health points. For every 1000 Courage Points he collects, he acquires an extra health point. Courage Points come in the form of diamonds, with different colors representing different numerical values. For example, a blue diamond equals one Courage Point, a green diamond equals ten, etc. Bilbo's progress in gaining a new health point is shown in his courage meter, which is on screen at all times. For the most part, Courage Points are scattered throughout the levels and awarded for completing quests. Some of the higher value diamonds are hidden off the main path of a level, while the lowest level diamonds (blue) are often used to indicate to the player where they are supposed to be heading.

At the end of each chapter, the player is taken to a vendor, where they can spend the in-game currency, silver pennies. Items available for purchase include stones, healing potions, antidotes, skeleton keys, temporary invincibility potions, additional health points, and the ability to increase the maximum number of stones and health potions which Bilbo can carry.

Pennies, healing potions, antidotes and, often, quest items and weapon upgrades can be found in chests throughout the game. Often, chests will simply open when Bilbo touches them, but sometimes, the chests are locked, and Bilbo must pick the lock. This involves a timed minigame in which the player must align a pointer or select a specific target. Some chests will have only one minigame to complete, but chests containing more important items will have more, up to a maximum of eight. If Bilbo misses the pointer/target, the timer will jump forward; if he hits a red pointer or target, the minigame will end immediately. Penalties for failing to open a chest include losing health points or being poisoned. If the player has a skeleton key, they can bypass the minigames and open the chest immediately.

Screenshots from the game The Hobbit 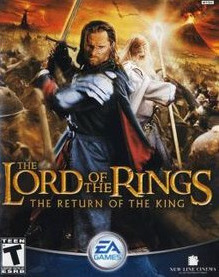 The Lord of the Rings 3: The Return of the King

Hello Friend! On this page, you can download the full and latest version of the game The Hobbit on your MacBook Free. This is Cracked Game.
Comments 1 on "The Hobbit for Macbook"
Вход Регистрация
Category
TOP 5 Games