After putting Zoë in a coma, Chang brought her body to a secret lab in Mumbai, while her consciousness became trapped in Storytime along with millions of Dreamachine addicts'. As Zoë attempts to wake herself up, she instead creates a secondary physical body for herself in Stark, which has no memories of her adventures and travels to Europolis to start a new life. While both Wati and Chang's agents shadow her every move, Zoë becomes an activist for the upcoming elections, but soon discovers that Wati has bought off most parties, including her own. They then tarnish the only uncorrupted party by manipulating one of its activists and Zoë's friend Nela into a suicide bombing. The blast injures Zoë but also brings back some of her memories. When Zoë attempts to use a Dreamachine to recover the rest, her secondary body disappears from Stark and appears in Arcadia. There, she reunites with her talking bird sidekick Crow and embarks on a journey to find the dreaming Lux. After merging with and gaining Lux's powers, Zoë's real body wakes up in Mumbai, where she reunites with her biological parents. However, Chang manages to sedate her, still intending to exploit her abilities.

At the same time in Arcadia, one of the Azadi empresses arrives to Marcuria with General Hami and Mother Utana, Kian's mentor and stepmother, respectively. Afraid of Kian's confessions, the Prophet's accomplices attempt to execute him without a trial, but the anti-Azadi rebels break him out to recruit him to their cause. On one of Kian's missions for the rebels, he bonds with a young Dolmari urchin named Bip, who helps him uncover an imminent raid on the magical ghetto. The rebels are unable to prevent it, however, and Bip, along with many other magicals, is deported to a remote death camp. Kian mounts a rescue mission and witnesses his country's atrocities against the magical peoples, using this evidence to convince Hami to bring down the Marcurian officials before they activate the Engine. Upon return, they rally the surviving rebels and a few of Hami's own men to attack it. Crow, back from his journey with Zoë, shows Kian a secret passage to the Engine control room, but before he can sabotage it, Mother Utana reveals herself as another agent of the Prophet and fatally wounds him. The Prophet then murders Crow and activates the Engine.

The third storyline begins in the prologue, where April Ryan, who had perished in Dreamfall, is reincarnated as Saga in the House of All Worlds, a mystical location between all worlds and timelines of the multiverse. Saga's mother disappears soon after her birth, and despite her father's best efforts to suppress her inherited world-traveling powers, Saga runs away from home at the age of 14 to wander the multiverse and, like April, grows up to become a habitual fulfiller of various prophecies. Acting on one such prophecy, she travels to Arcadia just in time to heal Kian with an alchemical concoction after Utana and the Prophet leave him to bleed out. Zoë, in the meantime, finds herself in Storytime again, where Crow's ghost helps her to piece together the Prophet's plan and leaves for the afterlife together with April's spirit. Now fully in control of her and Lux's powers, Zoë awakens in the Mumbai lab just in time to see Saga open a portal to the Engine control room. Zoë passes her discoveries on to Kian, then guides a repentant Azadi engineer through sabotaging the Engine, while Kian kills the Prophet's henchman Roper Klacks to unleash the Undreaming, which the Prophet had trapped within his body. As it possesses the Prophet and flings him to Stark, Zoë reunites it with Lux and thus restores the Balance between creation and destruction, before passing out from exhaustion. In Marcuria, the corrupt Azadi officials are killed by the rebels, but Utana escapes with the empress. Saga finds Crow's body and carries it off to another world.

A week later, Kian leaves Marcuria to pursue Utana, but is intercepted by Saga who, acting on another prophecy, demands to join him and also that he adopts her, foreshadowing the major role they both will play in the War of the Balance that is to precede the looming reunification of the Twin Worlds. Zoë, meanwhile, awakens in a hospital and reconciles with Gabriel. Five years later, Kian and Saga look over the Azadi capital, ready to face their destiny, while Zoë enjoys a peaceful life in Casablanca, pregnant with a baby. In the epilogue, many years after the Twin Worlds were reunited, an elderly Saga, now Lady Alvane, reminisces about her travels and chats with the reincarnated Crow, before settling down in her armchair in the House of All Worlds to greet April Ryan, mirroring the same scene that occurred in the original The Longest Journey. 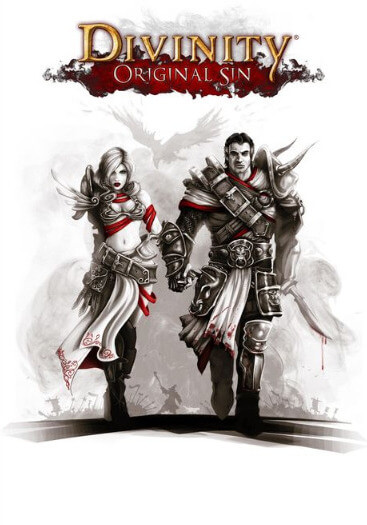