The Walking Dead is an episodic, graphic adventure video game series developed and published by Telltale Games and Skybound Games, based on The Walking Dead comic book series. First released in April 2012, the series currently spans three main five-episode seasons, an additional episode as downloadable content, and a mini three-episode season, with the fourth and final season being released in 2018 and ended in 2019. The games have been released to personal computers, game consoles, and mobile devices and have had both digital and physical releases.

The series, like the comic, starts with an epidemic that turns the dead into zombie-like "walkers" that decimates civilization, and takes place along the United States eastern seaboard. The series focuses on the character of Clementine, a young girl that is cared for by Lee Everett during the first season, and subsequently travels both by herself and with other groups in later seasons after Lee sacrifices himself for her. During the second season, she becomes the adoptive caretaker of AJ, an infant left parentless. When Clementine later joins with a survival group called the New Frontier in the third season, they strip AJ from her, and Clementine works with another survivor, Javier Garcia, to rescue both their families from the New Frontier. During the final season, some years later, Clementine and AJ join other teenagers holding out at their boarding school to protect it from bandits and walkers. Some of the characters from the comic series, such as Shawn Greene, Glenn Rhee, Hershel Greene, Michonne, Siddiq and Paul "Jesus" Monroe, have appeared during the video game series.

The games in The Walking Dead series eschew typical puzzles and exploration found in most adventure games and instead offer a stronger narrative and interaction with other characters. The game mixes such scenes with more action-oriented ones based on quick time events to elicit excitement during the games. Telltale introduced the feature of having numerous determinants that could result from the player's choices, such as which of two characters to save during an attack, that influenced the story in later episodes and seasons, and the company has used this aspect of player choice in its subsequent adventure games.

While the series was primarily developed and published by Telltale Games under license from Skybound, the studio effectively shuttered in late 2018 in the midst of the fourth main series, The Final Season. Robert Kirkman, creator of The Walking Dead and of Skybound, felt it was necessary to finish off Clementine's story, and hired some of the Telltale staff to finish off the series. Skybound also took over publishing duties for the other games in the series.

The series has been praised for its strong narratives and impact of player choices. The first season was particularly noted as having been considered as revitalizing the waning adventure game genre, which had been languishing since around 2000.

The Walking Dead series is based on the comic series of the same name. The game's events run concurrently to the comic, starting at the onset of a zombie apocalypse, where dead humans have become undead "walkers" that feed on the living which quickly overwhelmed most of the population. As established in the comic and show, this is a result of a virus that all living humans possess that takes over the brain of the body once the person dies, and the only way to stop this is to destroy the brain.

The game series initially starts in Georgia, with the whole of the first season and the events of 400 Days content taking place within the state. The second series follows the protagonists as they move north along the United States' eastern seaboard, believing there to be a human encampment in the north as well as the colder temperatures slowing the walkers' speed.

The Walking Dead games follow the same point-and-click adventure game approach that other Telltale Games episodic series have followed. Within an episode, the player controls a protagonist as the story progresses through several scenes. Within a scene, the player can move the character to explore the area, examine items, and initiate conversation trees with non-player characters; in these dialogs, the player has the option of selecting a number of options to reply to characters, including the option to stay silent. Other scenes are based on cinematic elements using quick time events in which the player must hit a controller button or a keyboard command as indicated on screen to react to an event. Failure to do so in time can lead to the character's death or other undesirable ending, and the game will restart just prior to these scenes.

All choices made by the player in The Walking Dead are tracked by the game, and certain choices ("determinants") will influence later scenes across the episodes and the series to date, when the player continues from the same saved game state. For example, in the first episode of the first season, the player has an option to save one of two non-player characters from a walker attack; the other character is killed, while the surviving character will uniquely impact other aspects of the story. Other times, selection of certain dialog options will influence the attitude of a non-player character towards the protagonist, and can manifest in later scenes as providing additional options for the player to select from. Telltale Games tracks these decisions, including five main choices made during the course of each episode, allowing players to compare their choices to others.

Screenshots from the game The Walking dead: Episode 1-5 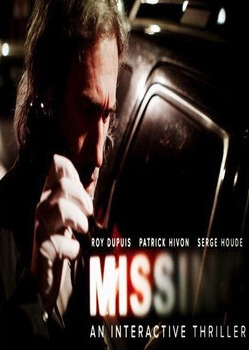