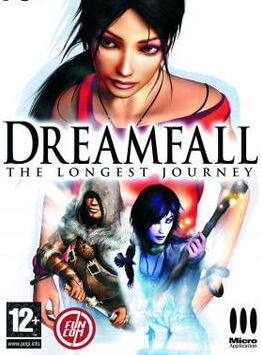 Dreamfall: The Longest Journey is an adventure video game developed by Funcom for Microsoft Windows and Xbox platforms in April 2006. On 1 March 2007, a sequel entitled Dreamfall Chapters was announced, and Funcom reportedly considered the idea of a massively multiplayer online game set in The Longest Journey universe.

The game is the sequel to Funcom's The Longest Journey, released in 1999, and takes place ten years after the events of the first game. The story focuses on three characters, Zoë Castillo, April Ryan, and Kian Alvane, who live in two parallel worlds: technologically advanced Stark and magical Arcadia. April was the protagonist of the first game, while the other two are new characters. The main storyline follows Zoë, a Stark resident whose investigation of her ex-boyfriend's disappearance and other mysterious occurrences lead her to April. Meanwhile in Arcadia, April battles the villainous Empire of Azadi while Kian, an elite Azadi soldier, is sent to assassinate her. The game features returning characters from its predecessor, such as Brian Westhouse and Gordon Halloway, but playing The Longest Journey is not a prerequisite to understanding its plot.

Throughout the game, the player alternately controls four player characters (in chronological order: Brian Westhouse (only for the intro), Zoë, April, and Kian) from a third-person perspective to explore various locations, gather and combine items, and solve puzzles. This advances the story, which is told through cutscenes rendered by the game engine and dialogue with non-player characters.

The interface system is simplistic with no HUD aside from buttons which trigger various interactions (below) when available. The player can either interact directly with characters or listen in via a remote system. It is possible to eavesdrop on certain conversations at a distance, although this is used rarely in the overall plot. Conversations have six options at the most, portrayed on the screen in a vaguely circular fashion. Inventory is a scrolling list on the bottom, with the option to either select, interact, examine, or return after selecting an item.

The Longest Journey had established a game world consisting of two parallel "twin" worlds: technology-driven Stark and magic-driven Arcadia, separated and kept apart from each other for over twelve millennia by a succession of godlike Guardians of the Balance. The game was set in 2209 and focused on April Ryan, a Starkian with a rare ability to "Shift" between worlds, who learned that the villainous Vanguard cult had abducted the twelfth Guardian before the thirteenth could take his place, putting the Twin Worlds' existence in peril. In the course of her adventure, she had rescued the old Guardian and learned that she is a daughter of the ancient White Dragon and that the next Guardian is the Vanguard enforcer Gordon Halloway, who had been pursuing her throughout the game. After convincing Gordon to assume the Guardian's duties, April left for Arcadia.

In Dreamfall, many characters refer to the catastrophic "Collapse", which occurred in Stark immediately after the events of TLJ. The Collapse is never described in-game, but supplemental materials and the official website indicate that it saw a complete failure of many advanced technologies, devastating the world's infrastructure. The Collapse coincided with the rise of the theocratic and industrial Empire of Azadi (Persian for "freedom") in Arcadia, which occupied the Arcadian Northlands and the city of Marcuria and began oppressing their non-human residents. This spawned a resistance movement, which April had joined before the events of Dreamfall.

The story of Dreamfall is presented as a narration of Zoë Castillo, a 20-year-old resident of Casablanca in 2219, who lies in coma and recounts the events that left her in that state. Her account concerns Project Alchera, an international conspiracy led by the Japan-based toy manufacturer WatiCorp, inventors of a lucid dream-inducing technology ("dreamer console") that can be covertly used for mass brainwashing and even murder. One byproduct of their research is a young girl named Faith, whom they used to test the hallucinogenic drug Morpheus as part of their DreamNet technology. After receiving a fatal overdose of Morpheus, Faith managed to transfer her consciousness to the DreamNet mainframe, from where she is able to briefly enter Stark's digital networks, disrupting the worldwide infrastructure with massive amounts of white noise, referred as "static" in the game.nb

Zoë's story begins when her journalist ex-boyfriend Reza Temiz disappears while investigating Project Alchera. At the same time, Faith starts to haunt her through television screens, urging her to find and to "save" April. Zoë tracks Reza down to Newport, a fictional megapolis on the West Coast where a large part of TLJ took place. After learning about April from her friends, she is captured by Wati agents and forcibly attached to a dreamer console, which has an unexpected effect: when her body falls asleep in Stark, she gains a physical presence in Arcadia and can interact with people and objects there. In Marcuria, she locates and meets April, who refuses to get involved in her search for answers due to the loss of her Shifting powers and to her own obligations as an anti-Azadi resistance leader. Waking up in Newport, Zoë travels to Japan to meet Reza's contact inside Wati who explains Project Alchera to her.

Screenshots from the game Dreamfall - The Longest Journey 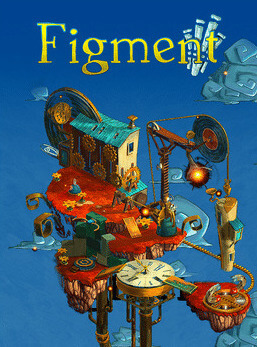