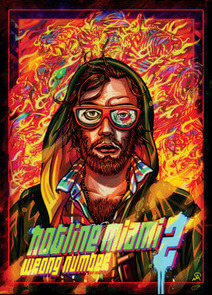 Hotline Miami 2: Wrong Number is a top-down shooter video game co-developed by Dennaton Games and Abstraction Games, and published by Devolver Digital. It takes place before and after the events of its predecessor, Hotline Miami, as it focuses on the backstory and aftermath of the previous protagonist, Jacket, slaying parts of the Russian mafia at the behest of anonymous voices leaving mysterious messages on his answering machine.

Gameplay of Wrong Number plays the same to that of its predecessor Hotline Miami. Hotline Miami 2: Wrong Number features a new hard mode, unlocked after completing the Normal story. In Hard mode, enemies are more difficult to take down and some abilities are taken away from the player, such as "enemy-locking".

Thirteen characters are playable as opposed to just Jacket and Biker in the first game; each with their own interpretations as the story unfolds. The masks mechanic is again featured with some masks making a return, while new masks offer new abilities and play styles. Each character has their own special abilities or perks; Corey can do a roll and dive under enemy gunfire, Mark can dual wield two sub-machines guns and can spread his arms to shoot in opposite directions simultaneously, Tony's fists kill all regular enemies in one blow and knock down heavy enemies for quick ground kills, and Alex and Ash are controlled by the player simultaneously, using a chainsaw and an assortment of guns respectively. A different character or group of characters is available at the start of each level, each chapter telling part of the story from that character's perspective.

A level editor was added after the game's release, which let users create original stories through dialogue crafting. The editor was originally planned for a spring 2015 release, but was postponed, eventually going live on 22 June 2016.

Hotline Miami 2: Wrong Number takes place in a heavily anachronistic order before and after the events of the original, focusing more on the latter between October and December 1991. During the events of Hotline Miami, the player's character, "Jacket," is unwittingly manipulated into killing off the leadership of the Russian Mob by 50 Blessings, a neo-nationalist terror cell that masquerades as a peaceful activist group. The persona of "Richard", a mysterious figure in a rooster mask that occasionally appeared to Jacket in the original game, appears at different points to most of the game's playable characters. The player controls these individuals in a series of intersecting plotlines exploring both the background and the aftermath of Jacket's rampage.

After his rampage, Jacket has been arrested and brought to trial. He has gained national notoriety as a result of his macabre and horrific mass murders, committed while wearing rubber animal masks; the game's tutorial level takes place in a slasher film adaptation depicting him as "The Pig Butcher", in which his rescue of a drug-addled sex slave during the first game is re-envisioned as a lurid rape and kidnapping scene. The film's star, Martin Brown, is a sociopathic sadist who relishes at being able to act out his violent fantasies during filming. Martin dies early in the game when accidentally shot with live ammunition on set during the shooting of the film's final scene. A journalist, Evan Wright, is writing a book about Jacket's spree and trying to learn more about the people behind it. Evan is given leads from Manny Pardo, a psychotic police detective who uses his position to go on killing sprees during stakeout operations, justifying them as self-defense.

The Fans, five thrill-seeking killers who are emulating Jacket's spree, carry out a string of murders against petty crooks and drug dealers, unaware of the larger context of Jacket's campaign of violence. Eventually they kill a former henchman of the Russian Mafia, now run by the original boss' son, and when the Son attempts to reconnect with said henchman the Fans follow his call to attack his new hideout. The Fans are all killed during this attack; their last survivor, Tony, is personally killed by Pardo after surrendering to the police, to deny him his "fifteen minutes of fame."

The story of The Soldier, the bearded convenience store owner from the previous game, shows him fighting a war against the Soviet Union in Hawaii alongside Jacket in 1985, prior to the first game's events. America appears to be losing this fictitious war, with cities and islands falling to the Soviet Red Army. The Soldier's elite Commando unit has been engaged in a campaign of deep penetration harassment against Russian fortifications and supply depots, however their increasingly detached and psychologically troubled Colonel appears to be losing his grip on reality as the war proceeds, volunteering them for increasingly desperate and dangerous missions while ruminating on their likely impending deaths and the loss of the war. Their last assignment involves besieging a heavily guarded Power Plant controlled by the Russians. As they make their way into the building, the Soviet commander in charge of it, having apparently gone insane, murders the plant's technicians and begins a meltdown on the main reactor before shooting himself in the head. The Soldier saves Jacket's life during their escape attempt, after a booby trap explodes and severely injures two members of their unit including Jacket, but later dies in 1986 during a nuclear strike on San Francisco which decisively terminates the war, revealing his appearances in the previous game to be Jacket's comatose hallucinations. 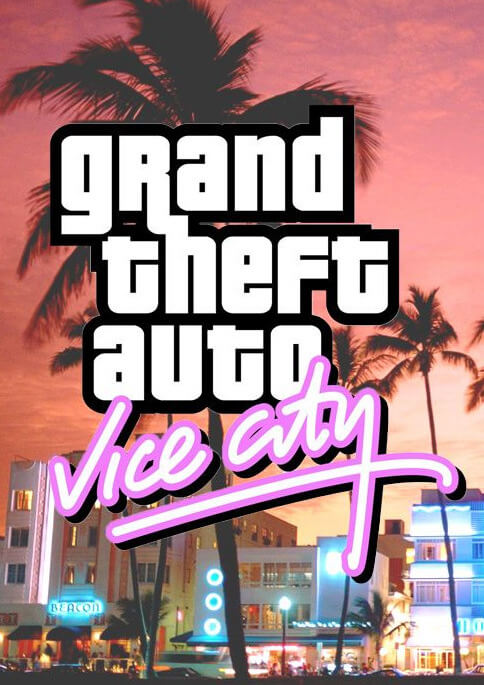