Portal 2 is a puzzle-platform game developed by Valve. It was released in April 2011 for Windows, Mac OS X, Linux, PlayStation 3, and Xbox 360. The digital PC version is distributed online by Valve's Steam service, while all retail editions were distributed by Electronic Arts.

Like the original Portal (2007), players solve puzzles by placing portals and teleporting between them. Portal 2 adds features including tractor beams, lasers, light bridges, and paint-like gels that alter player movement or allow portals to be placed on any surface. In the single-player campaign, players control Chell, who navigates the dilapidated Aperture Science Enrichment Center during its reconstruction by the supercomputer GLaDOS (Ellen McLain); new characters include robot Wheatley (Stephen Merchant) and Aperture founder Cave Johnson (J. K. Simmons). In the new cooperative mode, players solve puzzles together as robots Atlas and P-Body (both voiced by Dee Bradley Baker). Jonathan Coulton and The National produced songs for the game.

Valve announced Portal 2 in March 2010, and promoted it with alternate reality games including the Potato Sack, a collaboration with several independent game developers. After release, Valve released downloadable content and a simplified map editor to allow players to create and share levels.

Portal 2 received acclaim for its gameplay, balanced learning curve, pacing, dark humor, writing, and acting. It has been described as one of the greatest video games of all time by numerous publications and critics.

Portal 2 is a first-person perspective puzzle game. The player takes the role of Chell in the single-player campaign, as one of two robots—Atlas and P-Body—in the cooperative campaign, or as a simplistic humanoid icon in community-developed puzzles. These three characters can explore and interact with the environment. Characters can withstand limited damage but will die after sustained injury. There is no penalty for falling onto a solid surface, but falling into bottomless pits or toxic pools kills the player character immediately. When Chell dies in the single-player game, the game restarts from a recent checkpoint; in the cooperative game, the robot respawns shortly afterwards without restarting the puzzle. The goal of both campaigns is to explore the Aperture Science Laboratory—a complicated, malleable mechanized maze. While most of the game takes place in modular test chambers with clearly defined entrances and exits, other parts occur in behind-the-scenes areas where the objective is less clear.

The initial tutorial levels guide the player through the general movement controls and illustrate how to interact with the environment. The player must solve puzzles using the 'portal gun' or 'Aperture Science Handheld Portal Device', which can create two portals connecting two distant surfaces depicted as matte white, continuous, and flat. Characters can use these portals to move between rooms or to "fling" objects or themselves across a distance. Outlines of placed portals are visible through walls and other obstacles for easy location.

Game elements include Thermal Discouragement Beams (lasers), Excursion Funnels (tractor beams), and Hard Light Bridges, all of which can be transmitted through portals. Aerial Faith Plates launch the player or objects through the air and sometimes into portals. The player must disable turrets or avoid their line of sight. The Weighted Storage Cube has been redesigned, and there are new types: Redirection Cubes, which have prismatic lenses that redirect laser beams, spherical Edgeless Safety Cubes, an antique version of the Weighted Storage Cube used in the underground levels, and a cube-turret hybrid created by Wheatley after taking control of Aperture. The heart-decorated Weighted Companion Cube reappears briefly. Early demonstrations included Pneumatic Diversity Vents, shown to transport objects and transfer suction power through portals, but these do not appear in the final game. All of these game elements open locked doors, or help or hamper the character from reaching the exit.

Paint-like gels (which are dispensed from pipes and can be transported through portals) impart certain properties to surfaces or objects coated with them. Players can use orange Propulsion Gel to cross surfaces more quickly, blue Repulsion Gel to bounce from a surface, and white Conversion Gel to allow surfaces to accept portals. Only one type of gel can affect a certain surface at a time. Some surfaces, such as grilles, cannot be coated with a gel. Water can block or wash away gels, returning the surface or object to its normal state.

The game includes a two-player cooperative mode. Two players can use the same console with a split screen, or can use a separate computer or console; Windows, Mac OS X, and PlayStation 3 users can play with each other regardless of platform. Both player-characters are robots that control separate portal guns and can use the other character's portals. Each player's portals are of a different color scheme, whereof one is blue and purple and the other is orange and red. A calibration chamber separates the characters to teach the players to use the communication tools and portals. Most later chambers are less structured and require players to use both sets of portals for laser or funnel redirection, launches, and other maneuvers. The game provides voice communication between players, and online players can temporarily enter a split-screen view to help coordinate actions. Players can "ping" to draw the other player's attention to walls or objects, start countdown timers for synchronized actions, and perform joint gestures such as waving or hugging. The game tracks which chambers each player has completed and allows players to replay chambers they have completed with new partners.

Portal 2's lead writer Erik Wolpaw estimates each campaign to be about six hours long. Portal 2 contains in-game commentary from the game developers, writers, and artists. The commentary, accessible after completing the game once, appears on node icons scattered through the chambers. According to Valve, each of the single-player and cooperative campaigns is 2 to 2.5 times as long as the campaign in Portal, with the overall game five times as long.

Screenshots from the game Portal 2 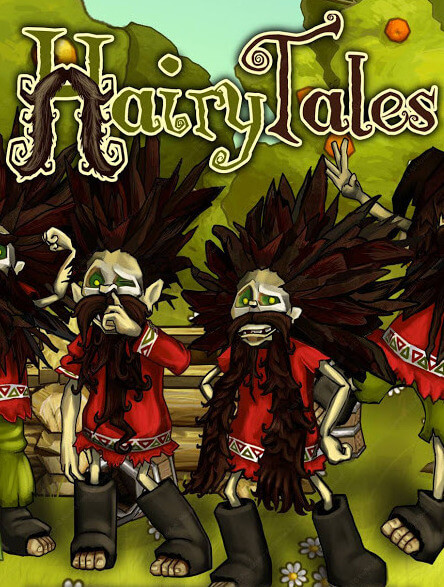 Hello Friend! On this page, you can download the full and latest version of the game Portal 2 on your MacBook Free. This is Cracked Game.
Comments 5 on "Portal 2 for Macbook"
Вход Регистрация
Category
TOP 5 Games