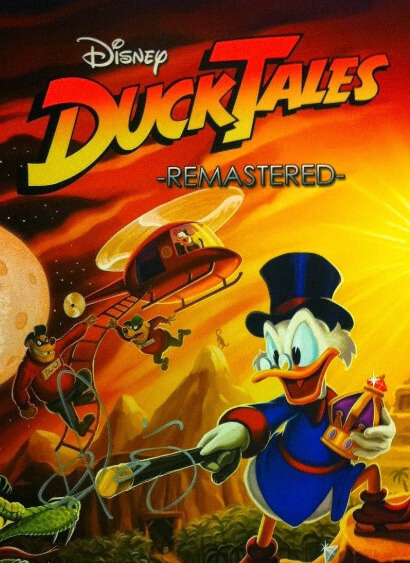 DuckTales: Remastered is a Metroidvania-style platform video game developed by WayForward Technologies and published by Capcom. The game is a high-definition remake of DuckTales, a game released on the Nintendo Entertainment System in 1989. It was released for multiple gaming platforms, including Microsoft Windows, the PlayStation 3, the Xbox 360, and the Wii U, over a three-month period between August and November 2013, and later expanded to iOS, Android, and Windows Phone in April 2015. The game was temporarily delisted from digital storefronts in August 2019, but was relisted in March 2020.

The game features a 2.5D presentation with 2D hand-drawn character sprites and 3D modeled levels. Like the original version, the game focuses on Scrooge McDuck traveling across the world in search of five treasures to further increase his fortune. Remastered took one and a half years to make, being developed in late 2011, and features vast enhancements to the original graphics and audio, an expanded storyline, and a full voice cast that includes the original animated series' then-surviving voice actors and actresses.

Remastered received generally positive reviews. Reviewers praised the game for its gameplay and presentation while criticizing the overabundance of story content.

DuckTales: Remastered features a 2.5D presentation, with 2D hand-drawn character sprites and 3D modeled levels. The gameplay of Remastered remains identical to the original DuckTales game, with players taking the role of Scrooge McDuck as he travels across the world in search of five treasures to further increase his fortune. Scrooge can swing his cane to strike or break objects, and can bounce on it like a pogo stick to attack enemies from above. This also allows him to reach higher areas, as well as bounce across hazardous areas that would hurt him on foot. Along the way, Scrooge can find various diamonds, found in treasure chests or appearing in certain areas, to increase his fortune and ice cream or cakes that can restore his health. Various characters from the series appear throughout the stages with differing roles, aiding or hindering the player's progress.

Some gameplay tweaks are introduced, such as a map screen on easier difficulties and an easier pogo jump, which can be toggled on and off. DuckTales: Remastered also features a new tutorial level set in Scrooge's money bin, which includes a boss fight against Big Time Beagle, as well as a new final level in Mount Vesuvius where both the final boss fight and race to the top take place. Money gathered in levels can now be used to unlock various gallery items such as concept art and pieces of music, and fill up Scrooge's money bin.

The original game's five levels are featured, all of which have been expanded, and can be played in any order. Each one includes new objectives that must be met to complete the stage, and all of the bosses have new patterns. The game also features a full story plot, explaining the motives and reasoning behind each stage, including how Scrooge is able to breathe on the Moon. Characters briefly featured in the original game, such as Magica De Spell, Flintheart Glomgold and the Beagle Boys play a greater role in the game's plot. The original game's hidden treasures are now found only on higher difficulties, and the game consists of only one ending.

The Beagle Boys attempt another raid on Scrooge's money bin, with Baggy, Burger and Bouncer Beagle capturing Huey, Dewey and Louie. After Scrooge rescues them, he finds Big Time Beagle in his office with a painting in his hands. With the help of Duckworth, Big Time is defeated and retreats. The painting reveals the locations of five treasures, and Scrooge wastes no time to set out for them. Scrooge and Launchpad visit the Amazon to find the Sceptre of the Incan King. Using eight golden coins, they uncover the hidden temple of Manco Capquack, but the sceptre is lost and the temple is destroyed by its guardian statue. The chief of the natives then approaches Scrooge and Launchpad and thanks them for returning their city to them, and gives Scrooge the recovered sceptre in return, which was just the king's back scratcher. Scrooge, the nephews and Webby visit the castle of Drake Von Vladstone, also known as Dracula Duck, who was the heir to the Coin of the Lost Realm. The boys fall into a trap door and are spread throughout the Transylvanian mansion, but Scrooge saves them from the Beagle Boys, disguised as ghosts. Each of the beagle boys were also carrying a torn sheet of paper which contained part of a riddle. They uncover a mirror where Scrooge solves the riddle, and Magica De Spell reveals herself, who is also after the coin. Scrooge and Magica then face off for it, and the sorceress is defeated and retreats empty-handed. Scrooge and the nephews travel to the African Mines to find the Giant Diamond of the Inner Earth, but they find the workers are being scared off by voices and earthquakes, claiming the mine is haunted. Deep underground, Scrooge discovers that the Terra-Firmians and their games are the cause, and after interfering he is attacked by their king. Defeated, the king makes an agreement with Scrooge to stop the games in exchange for the mining operations to continue, as it will rid them of the diamonds they consider to be "garbage rocks". He gives Scrooge the Giant Diamond of the Inner Earth to start with.

Screenshots from the game DuckTales: Remastered 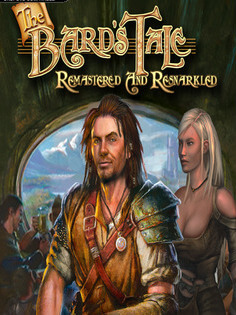 The Bard's Tale Remastered and Resnarkled

Hello Friend! On this page, you can download the full and latest version of the game DuckTales: Remastered on your MacBook Free. This is Cracked Game.
Comments 0 on "DuckTales: Remastered for Macbook"
No comments yet. Be the first!
Вход Регистрация
Category
TOP 5 Games