Minesweeper is a single-player puzzle video game. The objective of the game is to clear a rectangular board containing hidden "mines" or bombs without detonating any of them, with help from clues about the number of neighboring mines in each field. The game originates from the 1960s, and has been written for many computing platforms in use today. It has many variations and offshoots.

Some versions of Minesweeper will set up the board by never placing a mine on the first square revealed. Minesweeper for versions of Windows protects the first square revealed; from Windows 7 onward, players may elect to replay a board, in which the game is played by revealing squares of the grid by clicking or otherwise indicating each square. If a square containing a mine is revealed, the player loses the game. If no mine is revealed, a digit is instead displayed in the square, indicating how many adjacent squares contain mines; if no mines are adjacent, the square becomes blank, and all adjacent squares will be recursively revealed. The player uses this information to deduce the contents of other squares, and may either safely reveal each square or mark the square as containing a mine.

Minesweeper has a very basic gameplay style. In its original form, mines are scattered throughout a board. This board is divided into cells, which have three states: uncovered, covered and flagged. A covered cell is blank and clickable, while an uncovered cell is exposed, either containing a number (the mines adjacent to it), or a mine. When a cell is uncovered by a player click, and if it bears a mine, the game ends. A flagged cell is similar to a covered one, in the way that mines are not triggered when a cell is flagged, and it is impossible to lose through the action of flagging a cell. However, flagging a cell implies that a player thinks there is a mine underneath, which causes the game to deduct an available mine from the display.

When a player left-clicks on a cell, the game will uncover it. If there are no mines adjacent to that particular cell, the mine will display a blank tile or a "0", and all adjacent cells will automatically be uncovered. Right-clicking on a cell will flag it, causing a flag to appear on it. Note that flagged cells are still covered, and a player can click on it to uncover it, like a normal covered cell.

Famous Minesweeper is now on Mac! And this is not some kind of home-made version, but the original, ported with Windows!

In the game, everything remained untouched. And at the same time, it included both the standard version of the sapper and the version with Windows Vista.

Screenshots from the game Minesweeper 2.6 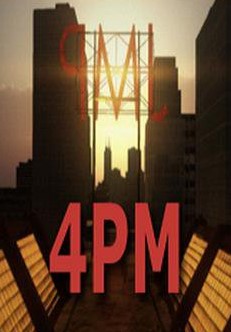 Hello Friend! On this page, you can download the full and latest version of the game Minesweeper 2.6 on your MacBook Free. This is Cracked Game.
Comments 0 on "Minesweeper 2.6 for Macbook"
No comments yet. Be the first!
Вход Регистрация
Category
TOP 5 Games