Neighbours from Hell is a puzzle strategy game for Nintendo GameCube, Microsoft Windows, Xbox, Nintendo DS, Android and iOS. In Europe, it was released for Windows on June 20, 2003, and the GameCube and Xbox on March 4, 2005. A PlayStation 2 version was also planned, but it was cancelled for unknown reasons. The game was released for Windows in the United States on September 22, 2003. A mobile port of the game was released worldwide for the iOS and Android on May 25, 2017.

Woody is an average man who has a happy life, until his neighbor Mr. Rottweiler, makes his life miserable. Woody decides to take full revenge on Mr. Rottweiler and calls to TV crew, which produces title reality show that shows the neighbor's relations form worst site.

In the game, the player plays as Woody, who creeps around the Rottweiler's house performing tricks upon the unsuspecting resident. Woody is the star of a new TV show with the same name, with cameras that track every move as the player sets traps such as sawing the chair, banana peels/soap on the floor, smeared paintings and messing with home equipment. The game's objectives are to create disarray, increase ratings, and win awards. Obstacles in the game include the watchful neighbour himself, also - his guard dog, and a parrot called Chilli, both of whom will try to alert the neighbour of Woody's presence. If Woody is caught by the Rottweiler, he is shown being brutally beaten and it is implied that Woody will be beaten to death. Then the episode is failed and player must restart the level.

Each level's goal is to play some crude tricks on your neighbor by using every item near the player's character. Each stage has 4 or 5 zones (not including the training stages). Woody must move from zone to zone, as well as hide under the bed and in wardrobe to avoid caught. The neighbor moves in the house by his own routine, which can be disrupted in different ways (such as call him to make him go downstairs) or he gets distracted automatically (for example, painting, washing clothes and so on). The game starts with only few rooms (the hall, bathroom, kitchen and the living room), but as the game progresses, more rooms are unlocked (in Season 2 is the balcony and bedroom, and in Season 3 is the basement and study), making the game more difficult.

Screenshots from the game Neighbours from Hell 1 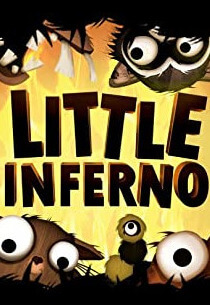