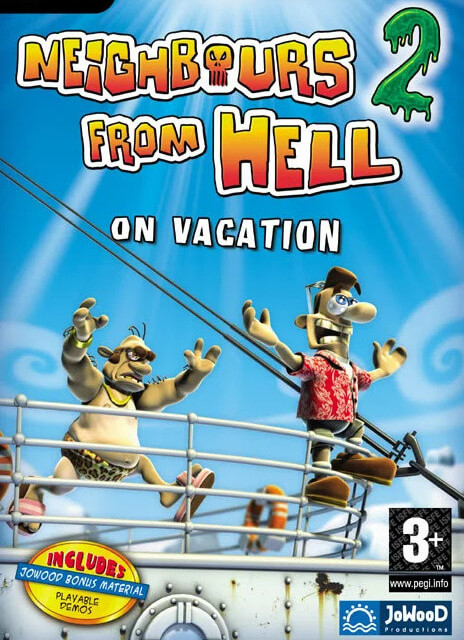 Neighbours From Hell 2: On Vacation is a comedy puzzle strategy video game developed and published by JoWooD for Microsoft Windows.

Mr. Rottweiler tired on Woody's jokes, goes on holiday around the world with his mother and girlfriend Olga. He didn't know, however that he became a star of the next season of reality show, which is another opportunity for Woody to make pranks. In the end, the ship they travels collides with iceberg and sinks, but Rottweiler rescues himself finding a lifeboat, sailing ashore with mom and unknowingly with Woody.

In the sequel of the game Neighbours from Hell, the player travels to various locations around the world, especially China, India and Mexico. The game is slightly harder as a new character appeared, the Neighbour's Mom, who can also beat up Woody along with her son. The player character now has 3 lives instead of one, and if he is spotted by the Neighbour or his Mom, Woody will be kicked to another area and lose a life. There is also a character named Olga, the woman that the Neighbour is attracted to, and player can use various things to have Olga beat him up (such as breaking the chair Neighbour is standing to and being a Peeping Tom while Olga is having shower). Olga also has a child who is often picked on by the Neighbour and he is not harmful to the player. As the game progresses, the player unlocks various new locations.

Screenshots from the game Neighbours from Hell 2: On Vacation

System requirements Neighbours from Hell 2: On Vacation for Mac Os:

Neighbours from Hell 2: On Vacation for mac game download 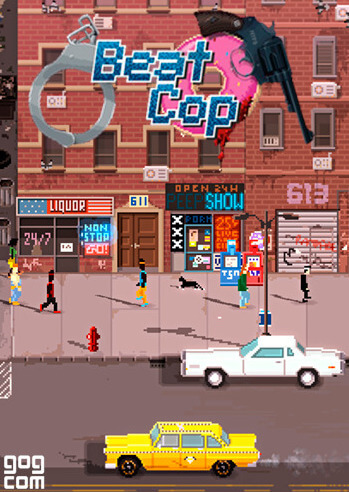