Bejeweled 3 is a tile-matching puzzle video game developed and published by PopCap Games. It is the fifth game of the Bejeweled series. The game was released as a download for Windows and Mac on December 7, 2010, later being ported to the PlayStation 3, Xbox 360, and Xbox One through the Backward Compatibility Program, Nintendo DS, iOS, Android, Java ME, and Windows Phone. It features four new game modes, as well as the four standard ones from Bejeweled and Bejeweled 2.

The core objective of Bejeweled 3 is similar to the previous installments in the series. Players swap any on-screen gem with an adjacent one to form chains of three or more gems of the same color. When this occurs the gems disappear and new randomly generated gems fall from above to fill up the empty space. If these falling gems land into another three-or-more pattern, a chain reaction known as a cascade is caused. Unlike earlier versions, players can now match other gems during a cascade.

The game features new sound effects and the ability to match more than one set of gems at one time (a feature that debuted in Bejeweled Blitz). Bejeweled 3 also has a badge system that functions as an achievement tracker and an additional set of goals for the player to complete.

In most versions of Bejeweled 3, players can play eight different game modes, each with different objectives. Four of these game modes were new to the series and four are recurring gameplay types in the Bejeweled franchise. The Java ME port of Bejeweled 3 only has 4 modes, the 2 standard modes Classic and Lightning and the 2 secret modes Diamond Mine and Butterflies. The full eight modes of Bejeweled 3 are:

The classic Bejeweled gameplay mode from previous installments of the game. All players have to do is continuously match rows containing three or more gems by swapping one gem with its adjacent counterpart. The game ends when there are no more possible moves.

One of the new additions (similar to Bejeweled 2's Endless Mode), where players match gems without an end, as calming music and positive affirmations play in the background. Players can continue playing this mode endlessly as the replacement gems in the game are randomly generated in a way such that there is always one more move for the player. There is also a special breath modulation mode which features a tracking line which moves back and forth, it produces several breathing patterns which players are encouraged to match. The overall objective of this is to slow the breathing rate of the player so as to allow the player to calm down and de-stress. This mode was created by PopCap in conjunction with scientists which uses biofeedback to help players relax. The Zen Mode also includes a wide variety of aural tones which include tones which are outside the range of human hearing. One tone is played into one ear, while a different tone is played into the other so as to trick the brain into hearing a different frequency. This is done in order to facilitate meditation as well as induce brain waves which are usually associated with deep sleep or dreaming. The scientific efficacy of this has not been established and has been referred to as fringe science.

The game's time trial mode where players have to get as many points as possible within one minute. Players can extend their playing time by lining up special Time gems, which are then added to the Time Extension tank. Also, players can create chains at a fast pace to gain a "Blazing Speed bonus". As the game progresses, the Multiplier will increase by one and the music increases in tempo. The mode is similar to that of Bejeweled Blitz's gameplay. In the Google Chrome version of the game, it is called Speed.

A series of forty puzzles and eleven mini-games which include rescuing special butterfly gems, digging through diamond mines, battling ice storms, and more. These puzzles are unique and each has an objective other than ones in the standard Bejeweled gameplay.

The game features secret modes that aren't initially available to the player. These modes have specific requirements to meet in order to unlock them.

This mode features "butterflies" that start at the bottom and move up one space every turn. These butterflies can be swapped and form matches just like normal gems and appear in the same variety of colors. A butterfly is collected when it is either matched with other like-colored gems or detonated by a special gem. A counter to the left of the board keeps track of the number of butterflies collected. While there is no bonus awarded for this number (the final score is calculated solely on the value of the matches made during the game), the points awarded for removing butterflies from the board increase as more are collected. After each move, one or more additional butterflies will appear on the bottom row, replacing whatever gem(s) were present there before. Clearing spaces below a butterfly will drop it down the board, and clearing the space directly above a butterfly will prevent it from moving up the board on that turn. The aim is to score as many points as possible before one of the butterflies reaches the top and moves off the board into the clutches of a waiting spider, ending the game. Reaching level 5 in Zen Mode will unlock this mode.

Screenshots from the game Bejeweled 3 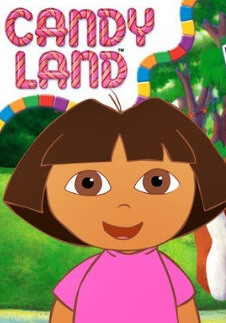 Hello Friend! On this page, you can download the full and latest version of the game Bejeweled 3 on your MacBook Free. This is Cracked Game.
Comments 1 on "Bejeweled 3 for Macbook"
Вход Регистрация
Category
TOP 5 Games