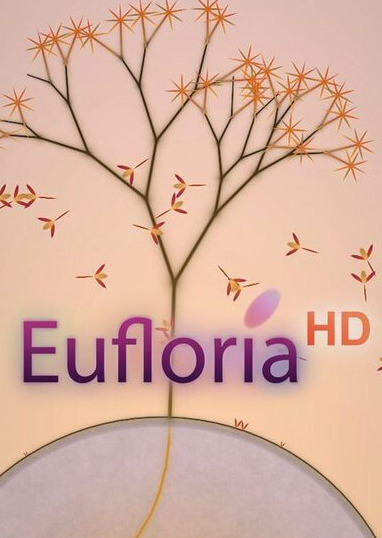 Eufloria (formerly Dyson) is a real-time strategy video game developed by British studio Omni Systems Limited, consisting of independent developers Alex May, Rudolf Kremers and Brian Grainger. It was named after the Dyson tree hypothesis by Freeman Dyson that a tree-like plant could grow on a comet.

The game was released for Microsoft Windows in 2009, the PlayStation Network in 2011 and the iPad in 2012. Mac, Linux and Android versions of this game was pre-released along with Humble Indie Bundle for Android 4 on 8 November 2012. According to the official FAQ for the game, the final release for Mac and Linux was to be provided in the late summer of 2013. Eufloria HD was released for Android on the Google Play Store on 15 December 2012. The BlackBerry PlayBook version released on 29 December 2012.

It is set in a futuristic space environment, where the player assumes the role of the commander of interstellar lifeforms called Euflorians, who live and gain their resources on asteroids. The player has to use basic units that are grown on Dyson trees and are called "seedlings", to colonize and conquer asteroids. On asteroids, Dyson trees may be planted and as the tree grows and gets stronger, it will produce more seedlings with certain attributes. There are also flowers, defensive trees, and other units later in the game. Players battle other empires and seek to discover the origin of a mysterious grey menace, to speed up the return of the mythical Growers.

Eufloria has been described as a simple but charming game with calming music, graphics, and gameplay.

Graphically, Eufloria is simple, with minimalistic graphics, and a simple design. The colour of the Euflorian empire is customizable.

At the start of the game, the player has one tree, called a Dyson tree, on an asteroid. The tree has a number of branches and leaves that fall off and become seedlings, which can be used to either create trees or fight other seedlings. Each tree is unique, the growth of its branches based on a fractal algorithm.

To create trees, 10 seedlings are needed in orbit of an asteroid. These seedlings then plummet into the ground to grow grass and the trees' roots. A plant called a defense tree may also be grown that attacks invading enemy seedlings by releasing explosive fruit. Over time, the plant's health, damage, and spawn rate increases. The player can also customize their asteroids with add-ons called 'flowers'.

The seedlings can attack enemy asteroids, and take them over by burrowing through the roots to the core, and sapping the energy of the asteroid.

All levels are partially randomly generated, meaning each playthrough is slightly different. Also, each asteroid is unique in size and values, and produces seedlings with different stats. There are three stats: Speed enhances the rate of movement of seedlings, Strength enhances the damage of seedlings, and Energy increases the speed at which seedlings can convert enemy asteroids. The stats also affect the appearance of the seedlings.

The game begins in the far off future in space. The player controls a force of seedlings, and take more asteroids for the growers, mythical beings which spawned the seedlings. The mothertree hopes that by taking enough colonies for the growers, they can make them return. Early in the game, the player encounter an enemy, the greys, which has brutally attacked one of their colonies. Soon the mothertree learns that the greys have been driven mad by a disease, which forces them to attack. They also learn that another empire is attacking their empire and so the player is sent beyond the borders of the empire to find out why the greys are attacking, and deal with them. The player continues, gaining new technologies and rescuing allies along the way, to find that their enemies produced the greys, despite the danger that the greys would destroy them too. Eventually, the home asteroid of the greys was found. After conquering them, the mothertree analysed their remains, and found that all the enemy seedlings had the same DNA as the Euflorian's seedlings.

Originally called Dyson, the game started as a simple single proof of concept level. Levels were originally designed with the XML markup language, and later the Lua programming language for increased flexibility.

The game was renamed Eufloria after a contest on IGN's Direct2Drive. Over 400 names were sorted through, with Vernon Sydnor giving the winning name.

The game has since been upgraded with a campaign, substantial AI and graphical improvements, and has been translated into English, French, German, Italian, Spanish, and Dutch.

Screenshots from the game Eufloria HD

Hello Friend! On this page, you can download the full and latest version of the game Eufloria HD on your MacBook Free. This is Cracked Game.
Comments 0 on "Eufloria HD for Macbook"
No comments yet. Be the first!
Вход Регистрация
Category
TOP 5 Games