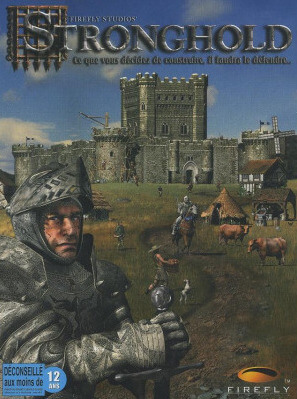 Stronghold is a historic real-time strategy game developed by Firefly Studios in 2001. The game focuses primarily on conquest and expansion through military pursuits but also has prominent economic and infrastructure development elements. There is both an economic and a military campaign to be played and both are discussed in the game manual. In the English version, the game takes place in Medieval Britain around the time of 1066; however, since there is not always a time limit, scenarios can continue hundreds of years beyond that date.

As well as earning many favourable reviews from reviewers such as PC Gamer and GameSpy, the game continues to boast a large community, who edit and create various material through the in-game Map Editor/Scenario Creator.

In Stronghold, the player takes the role of a lord in a kingdom. The goal is to create a stable economy and a strong military to defend against invaders, destroy enemy castles and accomplish the mission objectives.

Stronghold contains several modes of gameplay, with both combat and economic missions. The main game mode is the military campaign, which is based upon a map of England. The backstory to the campaign explains that the King was captured and held for ransom while invading a neighboring barbarian kingdom. Four Lords take control of the Kingdom, dividing it into their personal territories. The player is represented by a young, inexperienced commander, whose father is killed in an ambush by one of the villains. He is helped by two lords remaining loyal to the king. The player has to regain control of the Kingdom by reconquering counties from rival lords one by one. The player has to defeat each of the four Lords in the campaign, receiving help from the King once he has been successfully ransomed mid-game. An economic campaign is set after the main campaign, where the player re-constructs parts of the Kingdom. The player is set goals to complete against a variety of obstacles, such as bandits and fire.

Stronghold does not use a rock paper scissors system for game balance, instead opting for a "soft-counter" system.

Combat in Stronghold is based on a strength and hit point system. There are a variety of unit types in the game, with each successive unit being stronger, and hence more expensive, than the preceding unit, in general. Even though the expensive units are stronger in combat, all units have abilities that are necessary to defend the castle, both melee units (such as the basic spearman and the stronger swordsman), and ranged units such as archers. The game also contains support troops such as engineers, who provide additional combat options such as constructing siege engines. Unlike some other strategy games there are no counters for units, and units do not take up space, allowing them to overlap each other. Several non-combat characters can fight against enemy units, although most have no ability to fight. Injured soldiers remain injured for the rest of the game—there is no healing system—and since the Lord is the central figurehead of the player's kingdom, despite being a powerful fighter, should he die, the game is automatically lost.

Fire plays a main role in the Stronghold storyline, as in certain missions, igniting pitch is almost necessary for survival. Also, there are certain trigger events that start fires. Fires spread very quickly, and a flaming building can ignite people or other buildings. Fires will only go out if all sources of fuel are consumed, or if the fire itself is extinguished by fire watches. Fires can spread over small boundaries of water.

In most RTS games, fire appears on buildings as an indicator of damage; for example, if a building is damaged enough it would catch fire, but not necessarily sustain damage from that fire. In some games, such as Starcraft, some buildings damaged to a certain extent will catch fire and continue to take damage from it until they are repaired or the fire destroys them. In Stronghold, buildings that are damaged by siege weapons or are torn down would not catch fire; instead, they lose hit points until they collapse, with the indication of damage being visible signs of cracks and damage throughout the building. However, boiling oil pots, if destroyed, would start a small fire where they were built.

Contrary to many RTS titles, where fire plays a secondary, "eye candy" role, fire in Stronghold is an actual gameplay element. For instance, the player is subtly encouraged to build wells against enemies that like to use fire attacks.

An in-game map editor was included with the game. Rather than incorporating a proprietary scripting language, the editor has a WYSIWYG interface designed for use by all users.

Screenshots from the game STRONGHOLD 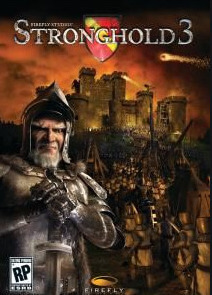 Hello Friend! On this page, you can download the full and latest version of the game STRONGHOLD on your MacBook Free. This is Cracked Game.
Comments 0 on "STRONGHOLD for Macbook"
No comments yet. Be the first!
Вход Регистрация
Category
TOP 5 Games