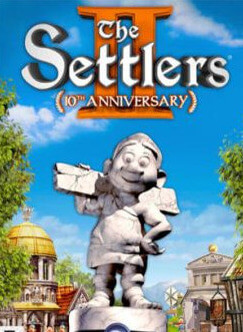 In the game's single-player campaign, the player controls a group of Romans who are shipwrecked on an uncharted island after fleeing Rome in the wake of a series of natural disasters and the mysterious disappearance of every Roman woman. Stranded and without hope of rescue, they must use a series of magical portals to try to find their way back to the Empire. During their travels, they come into conflict with Nubians and Chinese, learning that both races have also experienced the loss of their female population. Wikinger takes place centuries later, when the portals are commonly used by various races to facilitate trade with one another. However, when the Vikings' portal is sabotaged by a group of pirates led by a man known as "The Wolf", all other portals throughout the world cease to function. Initially operating independently of one another, but ultimately joining forces, the Romans, Nubians, Chinese and Vikings set out to learn why the portal was destroyed and defeat The Wolf.

Although featuring updated 3D graphics and sound effects, and a new storyline, the gameplay and game mechanics remain relatively unchanged from the original Settlers II. The overriding design principal for 10th Anniversary was to renovate the original rather than reinvent it, and as a result, the designers elected to make only minor changes to the core template. For example, the different races now have aesthetically differentiated buildings; military buildings can now be upgraded, and soldiers evacuated from each building at any time; when the player demolishes a building, they now get back half the construction costs; and a day/night cycle has been added. The game also features an online multiplayer mode, and a map editor, which allows players to both create new maps and import maps from the original.

The Settlers II (10th Anniversary) received relatively little attention in the gaming press outside Germany, with mixed reviews. Whilst the graphics and sound effects were generally praised, and the designers were lauded for retaining so much of the original game's mechanics, some critics felt it was too reverential to the original, and, as a result, seemed dated. Other criticisms included a lack of mission variety and repetitive gameplay, with several critics opining that it should have been a budget title rather than a full-price release.

The Settlers II (10th Anniversary) is a city-building game, with real-time strategy elements, controlled via a point and click interface. The gameplay and game mechanics are nearly identical to the original Settlers II, and the primary goal on each map is to build a settlement with a functioning economy, producing sufficient military units so as to conquer rival territories, ultimately gaining control of either the entire map, or a certain predetermined section of it. To achieve this end, the player must engage in economic micromanagement, construct buildings, and generate resources.

The game can be played in one of two modes; single-player or multiplayer. In single-player mode, the player can play either campaign missions or individual non-campaign games ("Freeplay"). In Campaign mode, the player must complete a series of missions, the goal of each of which is to defeat the computer controlled opponent or opponents by gaining possession of the territory in which the mission objective is located. In the original release of the game, there were ten missions, with the player limited to controlling the Romans. The Wikinger expansion added a new campaign of twelve missions, with the player able to control the three races from the original game (Romans, Nubians, and Chinese), plus the newly added Vikings.

In Freeplay and multiplayer modes, which can be played via a LAN or online, the player chooses a map on which to play, and then refines the game in various ways, such as selecting the number of players (from two to six) and the difficulty level of computer controlled races, choosing which race to control, selecting the victory conditions, refining the amount of raw materials available to each player at the start of the game, selecting whether to turn fog of war on or off, and choosing whether each player begins from a predetermined position on the map or is instead placed randomly. As well as including numerous predesigned maps for use in Freeplay and multiplayer modes, the game also features a map editor, which allows players to both create their own maps and import maps from the original Settlers II.

Whether playing in single-player or multiplayer mode, each game begins the same way; the player has one building, a warehouse/headquarters, in which are a set amount of raw materials and tools. The basic gameplay revolves around serfs (the titular "settlers") who transport materials, tools and produce, and who populate and perform the requisite task of each building. As the player constructs buildings and thus requires settlers to occupy them, the settlers automatically emerge from the warehouse as needed. As the settlement continues to grow in size, the warehouse's quota of settlers will eventually be reached, and the player will need to build an additional warehouse to generate more settlers. At no point does the player directly control any individual settler - instead, general orders are issued (such as ordering the construction of a building), with the AI handling the delegation of orders to specific settlers. An important game mechanic is the construction of a road network so as to allow for an efficient transportation system, as any settlers transporting goods must use roads. To build a road, the player must place a flag, select the "build road" option, and then select where they wish the road to end. The computer will then automatically find the best route between the two and build the road, although the player is also free to build the road manually. To maximize distribution, the player must set as many flags as possible on each road. Flags can only be set a certain distance apart, and serve as transport hubs; a settler will carry an item to a flag and set it down, at which point the next settler along will pick up the item and continue, freeing the first settler to return and pick up another item at the previous flag. The more flags the player has, the more settlers will operate on a given road, cutting down the distance each settler must travel, and reducing the time to transport one item and return for the next, thus avoiding item congestion at each flag. When more than one item is placed at a flag, the game has an adjustable goods priority system, which determines the order in which items are transported. Players can also build shipyards, which allow for the manufacture of rafts (can transport goods over small stretches of water), and ships (can transport goods across oceans).

Screenshots from the game The Settlers II - 10th Anniversary 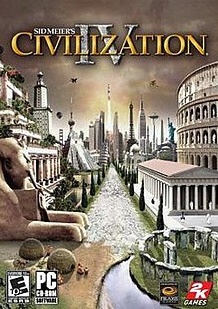 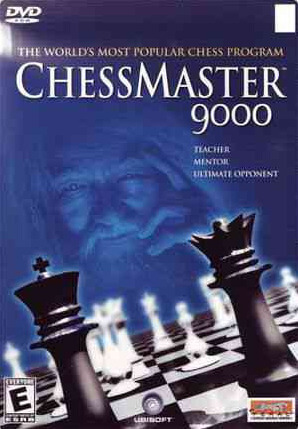