Warcraft III: Reign of Chaos is a high fantasy real-time strategy computer video game developed and published by Blizzard Entertainment released in July 2002. It is the second sequel to Warcraft: Orcs & Humans, after Warcraft II: Tides of Darkness, the third game set in the Warcraft fictional universe, and the first to be rendered in three dimensions. An expansion pack, The Frozen Throne, was released in July 2003. Warcraft III is set several years after the events of Warcraft II, and tells the story of the Burning Legion's attempt to conquer the fictional world of Azeroth with the help of an army of the Undead, led by fallen paladin Arthas Menethil. It chronicles the combined efforts of the Human Alliance, Orcish Horde, and Night Elves to stop them before they can corrupt the World Tree.

In the game, as in many real-time strategy (RTS) games, players collect resources, train individual units and heroes, and build bases in order to: achieve various goals (in single-player mode), or to defeat the enemy player. Four playable factions can be chosen from: Humans, Orcs, (both of which appeared in the previous games) and two new factions: the Night Elves and the Undead. Warcraft III's single-player campaign is laid out similarly to that of StarCraft, and is told through the races in a progressive manner. Players can also play matches against the computer, or against others—using local area networking (LAN) or Blizzard's Battle.net gaming platform.

After Warcraft II: Beyond the Dark Portal, the last in the Warcraft II saga, was released in 1996, Blizzard began development of a point-and-click adventure game called Warcraft Adventures: Lord of the Clans, which was supposed to continue the story. Lord of the Clans was canceled in favor of Warcraft III in 1998, which was presented to the public at the European Computer Trade Show in September 1999. The game's design and gameplay was significantly altered during development, with the final game sharing little similarities with the originally presented version (see similarities to StarCraft).

The game received acclaim from critics, who praised the game's presentation and multiplayer features. It is considered an influential example of RTS video games. Warcraft III was a commercial success, shipping 4.4 million copies to retail stores, selling over a million within a month.

Warcraft III: The Frozen Throne is the expansion pack for Warcraft III: Reign of Chaos, a real-time strategy video game by Blizzard Entertainment. It was released worldwide on July 1, 2003 for Microsoft Windows and Mac OS X. The Frozen Throne builds upon the story of Reign of Chaos and depicts the events after the main game's conclusion. The single-player unfolds from the perspective of two new protagonists—the Night Elf warden Maiev Shadowsong and the Blood Elf prince Kael'Thas—as well as returning protagonist Arthas Menethil. Additionally, the expansion contains Act I of a separate Orc campaign that is independent from the main storyline with Blizzard releasing Acts II and III via patch in December 2003, taking in player feedback of Act I when developing these chapters.

The expansion adds new units, buildings and heroes for each faction, two new auxiliary races, five neutral heroes (with three more later added by patches) as well as a number of tweaks to the gameplay and balancing. Sea units were reintroduced which were absent in Reign of Chaos. Battle.net-powered multiplayer was expanded by the addition of clans, automated tournaments and new maps and custom scenarios.

Development began in October 2002, shortly after the release of the main game and the expansion was announced on January 22, 2003. Public beta tests allowed 20,000 players in two waves to try the new features. Support continues even after release, with Blizzard adding new content and balancing changes as well as support for newer hardware.

The Frozen Throne received generally favorable reviews from critics. Most reviewers praised the mission design of the single-player campaign for positively deviating from the standard real-time strategy game formula. The design and audio of the new units was generally considered fitting, though a few critics bemoaned the graphics and some of the voice-acting. By August 15, 2003, it had sold more than one million copies.

Screenshots from the game Warcraft III: Reign of Chaos & The Frozen Throne 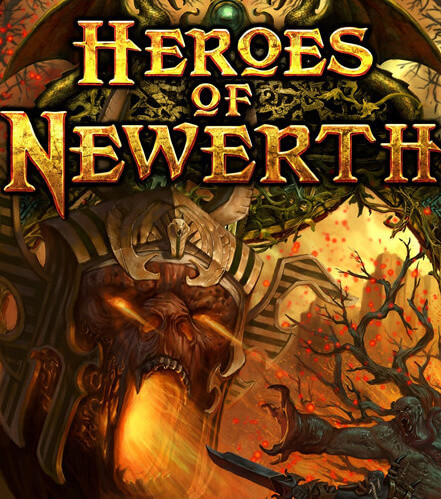