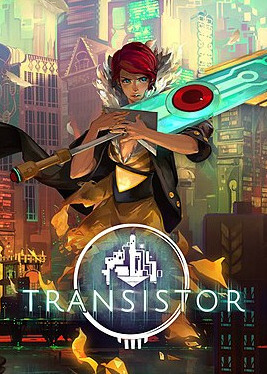 Transistor is an action role-playing video game developed and published by Supergiant Games. The game was released in May 2014 for Microsoft Windows and PlayStation 4, and for OS X and Linux in October 2014, and iOS devices in June 2015. Transistor sold over one million copies across all platforms by December 2015.

Transistor utilizes an isometric point of view. The player controls the main character, Red, as she travels through a series of locations, battling enemies known collectively as the Process in both real-time combat and a frozen planning mode referred to as "Turn()". Using Turn() drains the action bar, which refills after a short delay. Until it is full again, Red cannot use Turn(), or any other power (without a specific upgrade). Red earns experience points after each battle, and may collect new powers (called Functions) from fallen victims of the Process. Functions may be equipped as one of four unique techniques, as an enhancement on another, equipped technique, or as a passive, persistent effect during battle. For example, the Function Spark() may be used to fire a wide area attack, equipped on another Function to increase its area of effect, or used as a passive effect to spawn decoys of Red. Red can also collect and activate Limiters, which serve as optional debuffs during combat, but in turn increase experience gained. Both Functions and Limiters reveal minor parts of the story if used for a long enough time.

For the PlayStation 4 version, the DualShock 4 light bar flashes in sync with the Transistor's speech.

In June 2015, the game was released on the iOS App Store with default tap controls configured for the iPhone and iPad touchscreens. In addition, the iOS version of the game includes optional gamepad support.

In November 2015, the game was released for the Apple TV and is compatible with the Siri Remote.

Red, a famous singer in a city called Cloudbank, is attacked by the Process, a robotic force commanded by a group called the Camerata. She manages to escape and comes into possession of the mysterious Transistor—the great sword-like weapon she was to be assassinated with. The Transistor is buried into the chest of a man, now slumped over and dead; though his consciousness and voice seem to have been absorbed into the Transistor itself along with Red's voice. The Camerata continue to track Red and the Transistor down with the Process, wanting the weapon for some yet-unknown cause.

The game opens with the player character, Red, kneeling by the body of an unknown man who has been killed with a glowing great sword—the titular Transistor. Red is a singer, and the attack which killed the man has also stolen her voice, sealing it inside the Transistor. The dead man's consciousness has also been absorbed into the sword, and through it, he is able to speak to Red and act as the game's narrator. As Red makes her way out of the district in which the game starts, she comes into conflict with an army of robotic intelligence known as the Process.

Red makes her way to her former performance stage, in Cloudbank's Goldwalk district, where it is revealed that the Process is being controlled by the Camerata, a sinister group of high-ranking officials. They were the ones who attacked Red, though the attack was thwarted when the man in the Transistor stepped in front of the blow. As Red travels, she discovers several Cloudbank citizens who have been "integrated" by the Process and absorbs their trace data into the Transistor, expanding the weapon's functionality. Upon reaching the stage where she performed that night, Red encounters Sybil Reisz, the Camerata member who had befriended her before the assassination attempt, in a corrupted Process-like form. It is revealed that Sybil was in love with Red, and that she arranged for the attack in an attempt to cause the man's death and have Red to herself. After defeating Sybil and absorbing her consciousness into the Transistor, Red uses Sybil's knowledge of the Camerata to locate their leader—one of the administrators of Cloudbank, Grant Kendrell.

As Red enters the Highrise district, the Process becomes more aggressive in their actions, attacking the entire city; this leads to the Process becoming public knowledge. Asher Kendrell, another member of the Camerata, publicly apologizes for the Camerata's actions and reveals their involvement in the Process invasion, going so far as to contact and apologize to Red for all that the Camerata has done to her, the mysterious man in the Transistor, and the dozens of other influential figures who have been Processed and destroyed. It becomes apparent that the Camerata are no longer in control of the Process, and that the current situation is very different from their intended vision. After fighting past numerous Process enemies, including a massive creature referred to as the "Spine" whose mere presence severely affects the man in the Transistor, Red reaches the hideout of the Camerata in Bracket Towers only to find that Grant and Asher have committed suicide.

Screenshots from the game Transistor 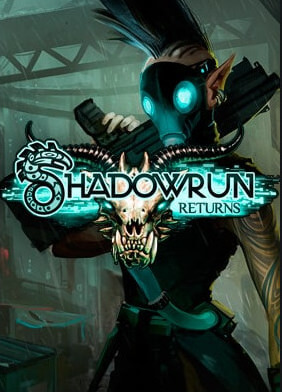 Hello Friend! On this page, you can download the full and latest version of the game Transistor on your MacBook Free. This is Cracked Game.
Comments 0 on "Transistor for Macbook"
No comments yet. Be the first!
Вход Регистрация
Category
TOP 5 Games