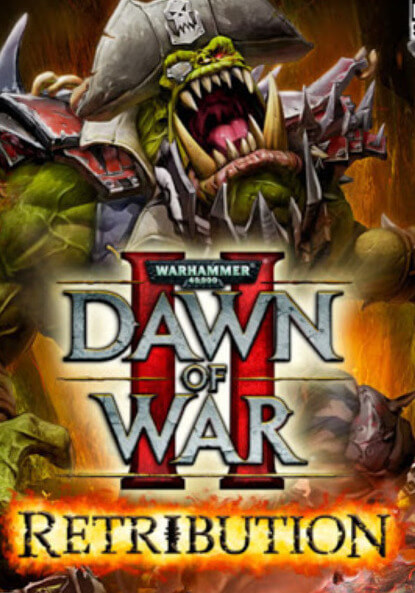 Imperial Guard is introduced as a new faction, and all races including the races from the original game and the first expansion (the Eldar, the Space Marines, Chaos, the Orks and the Tyranids) are playable in single-player.

Dawn of War II: Retribution offers a campaign for every race, including the Imperial Guard. The campaign takes place across Sub-sector Aurelia, which appeared in the previous two games. The worlds include the jungle world Typhon Primaris, the desert world Calderis, and the hive world Meridian from Dawn of War II; the arctic world Aurelia and the derelict ship Judgment of Carrion from Chaos Rising; and the dead world of Cyrene, mentioned in the original Dawn of War as having been subjected to Exterminatus (complete sterilization of all life on a planet corrupted by Chaos or alien influences) by Blood Ravens Captain Gabriel Angelos.

Dawn of War II: Retribution takes place ten years after events of Chaos Rising. Sub-sector Aurelia is now suffering from conflict between Ork pirates called the Freebootaz led by Kaptin Bluddflagg to pillage the sub-sector, the arrival of the Eldar of the Craftworld Alaitoc led by Autarch Kayleth to seek about a prophecy and recovering an ancient artifact, a Tyranid Hive Lord restoring the remnants of the Hive Fleet Leviathan and to the link of the Hive Mind, the Blood Ravens defending the sub-sector led by Captain Apollo Diomedes to hunt down Chaos as well as investigating their Chapter Master, Azariah Kyras, for being corrupted by Chaos, the return of Chaos Space Marines of the Black Legion led by Eliphas the Inheritor to fulfill his promise to Abaddon the Despoiler to annihilate the Blood Ravens, and the newly arriving Imperial Guard of the 8th Cadian Regiment led by Lord General Castor, performing an Exterminatus under Inquisitor Adrastia to investigate for corruption within Sub-sector Aurelia as well as the Blood Ravens' Chapter Master Azariah Kyras. These events may have been caused by Gabriel Angelos' actions (from the original Dawn of War game) when he destroyed the Maledictum, a Chaos stone containing the bound essence of a daemon of Khorne, with the hammer "God-Splitter".

The Imperial Lord General will be added to the current selection of The Last Stand heroes as well as new environment and new waves of enemies. It can also update all the previous heroes from Dawn of War II and Chaos Rising by importing the Games for Windows account to the Steam Account.

Multiplayer will introduce base building to a small degree, as well as every race getting a Global Ability Advance Unit. Retribution is a stand-alone title and does not require ownership of earlier games in the series to use any of the factions in multiplayer.

The player's character arrives on Typhon Primaris engaging and battling an opposing faction and defeating their leader. (Space Marines vs. Chaos, Eldar vs. Orks, and Imperial Guard vs. Tyranids). It is learned that the Imperial Inquisition has deemed the sector beyond redemption, and will be arriving soon to perform Exterminatus on all the inhabitable worlds in the area. Later, the faction leader is given the objective to eliminate Azariah Kyras who intends to use the impending Exterminatus as a sacrifice to Khorne and ascend to daemonhood. The motivation varies depending on the player's faction, for example the Space Marines, Imperial Guard and Eldar wish to oppose Chaos, their ancient evil enemy; the warlike Orks simply want a good fight and to thump the strongest foes they can find; the Tyranid splinter wishes to overrun the sector and summon a new hive fleet to consume all the biomass; the Chaos faction are Kyras' rivals and wish to surpass him. Regardless, it is deemed by the player faction that Kyras must die. The player quickly attempts to secure a means of transport off Typhon, escaping a local cult along the way.

Screenshots from the game Warhammer 40,000: Dawn of War II: Retribution 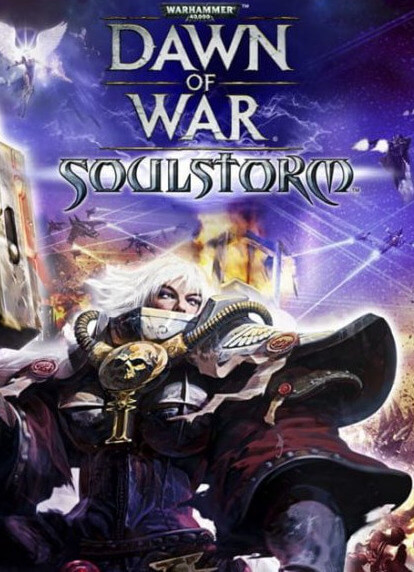