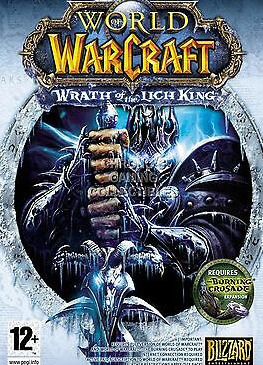 World of Warcraft: Wrath of the Lich King is the second expansion set for the massively multiplayer online role-playing game (MMORPG) World of Warcraft, following The Burning Crusade. It launched on November 13, 2008 and sold 2.8 million copies within the first day, making it the fastest selling computer game of all time released at that point. The game added a substantial amount of new content into the game world, including the new continent of Northrend, home of the eponymous Lich King and his undead minions. In order to advance through Northrend, players are required to reach at least level 68 and the level cap for the expansion is 80. The first hero class was introduced, the Death Knight, that starts at level 55.

The first expansion pack, World of Warcraft: The Burning Crusade, raised the maximum level from 60 to 70 and the Wrath of the Lich King raised the level cap from 70 to 80.

The death knight is the first "hero class" introduced in World of Warcraft, and would be the only one available until the introduction of the demon hunter in Legion. Hero classes are those that start the game at a higher level than the regular level 1. Originally, a death knight could only be created if the player previously had a level 55 on that realm but that requirement was removed in late 2014.

Death knights are fallen heroes of the Alliance and the Horde, raised by the Lich King to serve as champions of the undead Scourge. They are able to fill the tank and damage dealer roles. The three death knight specializations are blood, frost and unholy. The blood specialization focuses on the manipulation of blood, using an enemy's blood against them while using the death knights' blood to benefit themselves. Frost specializes in control, counters and combination strikes using frost related abilities. Unholy specialization focuses on poisoning your opponent and sending the player's permanent, controllable pet ghoul to attack the enemy. Death knights wear plate armor and wield weapons with rune engravings (permanent weapon enhancements), which are achieved through the death knight profession called runeforging by utilizing the runeforge in Acherus.

Newly created death knights begin with a larger set of spells and abilities than new characters of other classes. The class starts without any talent points and must unlock available talent tiers for their level by completing quests in the death knight starting area in Eastern Plaguelands. Players must complete all the starting area quests in order to join the rest of Azeroth. The death knight class is available to all in-game races.

Instead of utilizing rage, energy or mana for combat resources, a death knight uses a system of runes and runic power (both displayed under the player portrait), which is generated by using runes. The death knight originally had two of each type of rune - blood, frost and unholy - available for use. After a rune is used, it enters a ten-second 'cooldown' period before it can be used again and runic power decays over time when out of combat. With specific talents, the death knight can also turn their runes into death runes, which can be used as any type of rune. The death knight has the option of three presences: blood, frost and unholy. In Wrath of the Lich King, frost presence increased threat generated, increased health and lowered damage taken; blood presence increased damage done and restored a portion of damage dealt as healing; unholy presence increased attack speed, increased movement speed and reduced the global cooldown on all abilities.

In the following expansion, Cataclysm, with a desire to clearly designate specializations as damage dealing or tank, Blood became the designated tanking spec and blood presence's effects was changed so that blood presence had threat and damage mitigation and frost presence was changed to increasing all runic power generation. In the Legion expansion, death knights have six death runes instead of three types of runes and presences were removed; each specific presence's effect is included in its related specialization automatically.

Northrend is a crescent-shaped continent in northern Azeroth. The continent is roughly half the size of the Eastern Kingdoms, but matches Outland in length and width. Although Northrend is known for its snow and ice, only parts of the continent are frozen over. Northrend features eight zones with content designed for players beginning at level 68, although players may travel to Northrend at any level. Players arrive by boat (Alliance) or zeppelin (Horde) either at the Howling Fjord or the Borean Tundra zones, each located at opposite ends of the continent. Howling Fjord is home to evil half-giants called the Vrykul, who reside in Utgarde Keep, the first dungeon in the expansion. The Dragonblight and Grizzly Hills zones are located in the southcentral and southeast parts of the continent respectively. The Ursine Furbolgs reside in the forested Grizzly Hills. Dragonblight features the gravesites of dragons who came to the region to die. Wintergrasp is the first zone in World of Warcraft designed specifically for Player versus Player (PVP) activities, even on Player versus Environment (PvE) servers.

Screenshots from the game World of Warcraft: Wrath of the Lich King

System requirements World of Warcraft: Wrath of the Lich King for Mac Os:

World of Warcraft: Wrath of the Lich King for mac game download 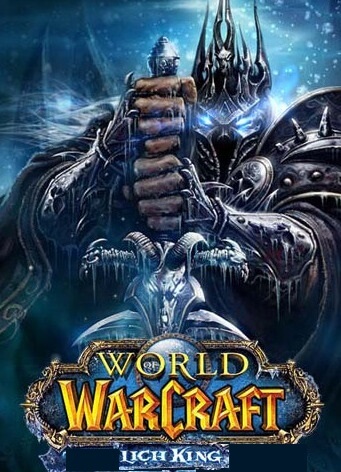 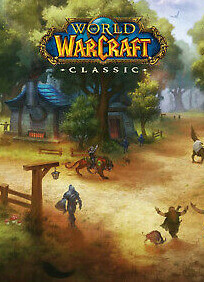