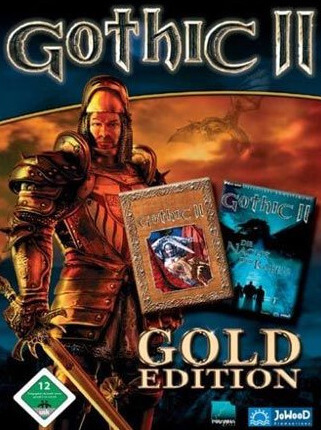 Gothic II Gold is a special edition that includes the original game and the add-on Gothic II: Night of the Raven. The addon has more than 50 new magic artifacts, such as: rings, amulets and belts; 50 new magic spells; more than 150 powerful weapons, etc. Now players have more than enough power to fight Evil.

Gothic II is a role-playing video game and the sequel to Gothic, by the German developer Piranha Bytes. It was first released on November 29, 2002 in Germany, and in North America almost one year later on October 28, 2003. The game was published by JoWooD Productions and Atari, Inc.

Gothic II was a commercial success in Germany, and became JoWood's biggest hit at the time of its release. By 2004, it had sold over 300,000 units when combined with its expansion pack, Night of the Raven. Sales of Gothic II alone ultimately surpassed 400,000 units by 2007, following its re-release as a budget title in Germany.

Like Gothic, Gothic II is set on the medieval styled isle Khorinis. Places include the City of Khorinis, the monastery of the fire mages, farms and woods. The mine valley of part I is also in the game, though it has changed. Of the old camp only the castle remains, the new camp has turned into a region of ice, and the swamp camp is made inaccessible by a fence built by the orcs. The final place visited in the game is Irdorath, a dungeon similar to the temple in Gothic.

Khorinis is a rich area with beautiful farms and dense forests. The main trade resource of Khorinis is the magic ore delivered from its prison colony to the King, who is fighting the orcs on the mainland. Most of the farms in Khorinis are owned by one landowner who has hired mercenaries to protect him and his farms from the militia when they try to collect taxes from the farms. This has caused Khorinis to be on the edge of a civil war. The city is low on food and relies on travelling merchants as the ships from the mainland have stopped coming because of the war.

After the barrier around the prison colony was destroyed, ore supplies for the kingdom have stopped. The king decides to send Lord Hagen with 100 paladins to the island to secure ore. On Khorinis, prisoners that escaped the camp raided the country and seeing as the militia was unable to protect them; some farmers formed an alliance with the refugees and no longer paid allegiance to the king. Evil did not disappear with the Sleeper being banned as with his last cry the Sleeper summoned the most evil creatures. Xardas felt this and rescued the Nameless Hero from under the ruins of the Sleeper's temple, where he has laid for weeks, becoming weak.

The Nameless Hero is instructed by Xardas on the new danger, an army of evil that has gathered in the mine valley, led by dragons. Xardas sends the Hero to Lord Hagen, leader of the paladins, to retrieve the Eye of Innos, an artifact which makes it possible to speak with the dragons and learn more about their motivation.

The Nameless Hero starts to the City of Khorinis and after he found a way to enter the city, he learns he has to join one of the factions – the militia, the fire mages or the mercenaries – to be permitted entrance to Lord Hagen. When finally meeting the head of the paladins, the Nameless Hero is first sent into the mine valley, which is now overrun by Orcs, to bring back evidence of the dragons. In the castle, the former old camp, Garond heads the mission of the paladins. He also knows about the dragons, since the castle has already been attacked by them, but is only willing to write a notice on it for Lord Hagen, after the Nameless Hero has gathered information on the status in the mines. By the time the Hero exits the valley with the note about the dragons, the evil forces have become aware of his quest. Seekers are spread throughout the isle, with the goal to kill him.

Presented with the note Lord Hagen is willing to give the Eye of Innos to the Hero and sends him to the monastery of the fire mages to retrieve it. But shortly before the Hero arrives there, the eye was stolen. The Hero chases after the thief, but just arrives in time to witness Seekers destroy the Eye of Innos. A smith can repair the amulet, but for the magical power to be restored, a ritual with high mages representing the three gods is necessary. Vatras, the water mage, prepares the ritual and represents Adanos. With former fire mage Xardas representing Beliar, Pyrokar, head of the fire mages, joins the ritual reluctantly to represent Innos.

The mages manage to restore the power of the Eye of Innos and so the Hero can head back to the valley to destroy the four dragons that live there. After all of the dragons are killed, the Hero travels to Xardas' tower to report to him, but the mage is gone. The Hero is given a note from Xardas by Lester, telling him he was to find more information in the fire mages' monastery, in the book 'The Halls of Irdorath'. 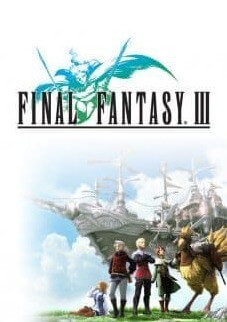 Hello Friend! On this page, you can download the full and latest version of the game Gothic II Gold on your MacBook Free. This is Cracked Game.
Comments 0 on "Gothic II Gold for Macbook"
No comments yet. Be the first!
Вход Регистрация
Category
TOP 5 Games