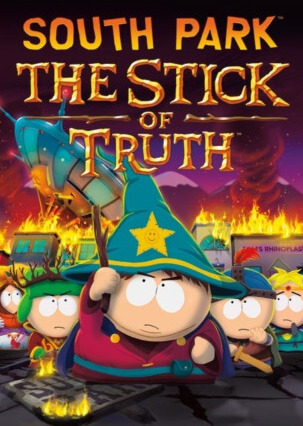 South Park: The Stick of Truth is a 2014 role-playing video game developed by Obsidian Entertainment in collaboration with South Park Digital Studios and published by Ubisoft. Based on the American adult animated television series South Park, the game follows the New Kid, who has moved to the eponymous town and becomes involved in an epic role-play fantasy war involving humans, wizards, and elves, who are fighting for control of the all-powerful Stick of Truth. Their game quickly escalates out of control and brings them into conflict with aliens, Nazi zombies, and gnomes, threatening the entire town with destruction.

The game is played from a 2.5D, third-person perspective replicating the aesthetic of the television series. The New Kid is able to freely explore the town of South Park, interacting with characters and undertaking quests, and accessing new areas by progressing through the main story. Selecting one of four character archetypes, Fighter, Thief, Mage, and Jew, each offering specific abilities, the New Kid and a supporting party of characters use a variety of melee, ranged, and magical fart attacks to combat with their enemies.

Development began in 2009 after South Park creators Trey Parker and Matt Stone approached Obsidian about making a role-playing game designed to look exactly like the television series. Parker and Stone were involved throughout the game's production: they wrote its script, consulted on the design, and as in the television program, they voiced many of the characters. The Stick of Truth's production was turbulent; following the bankruptcy of the original publisher, THQ, the rights to the game were acquired by Ubisoft in early 2013, and its release date was postponed several times from its initial date in March 2013 to its eventual release in March 2014, for Microsoft Windows, PlayStation 3, and Xbox 360.

The Stick of Truth was subject to censorship in some regions because of its content, which includes abortions and Nazi imagery; Parker and Stone replaced the scenes with detailed explanations of what occurs in each scene. The game was released to positive reviews, which praised the comedic script, visual style, and faithfulness to the source material. It received criticism for a lack of challenging combat and technical issues that slowed or impeded progress. A sequel, South Park: The Fractured but Whole, was released in October 2017, and The Stick of Truth was re-released in February 2018, for PlayStation 4 and Xbox One, and on Nintendo Switch in September 2018.

South Park: The Stick of Truth is a role-playing video game that is viewed from a 2.5D, third-person perspective. The player controls the New Kid as he explores the fictional Colorado town of South Park. The player can freely move around the town although some areas remain inaccessible until specific points in the story are reached. Notable characters from the series—including Cartman, Butters, Stan, and Kyle—join the New Kid's party and accompany him on his quests, though only one character can be active at any time. The game features a fast travel system, allowing the player to call on the character Timmy to quickly transport them to any other visited fast travel station. At the beginning of the game, the player selects one of four character archetypes; the Fighter, Thief, Mage (which represent standard fantasy types), and the Jew. The Jew class specializes in "Jew-jitsu" and long-range attacks. Each class has specific abilities; armor and weapons are not limited by class, allowing a Mage to focus on melee attacks like a Fighter.

The New Kid and his allies possess a variety of melee, ranged, and magic attacks. Experience points rewarded for completing tasks and winning battles allow the New Kid to level up, unlocking new abilities and upgrades such as increasing the number of enemies an attack hits or the amount of damage inflicted. Magic is represented by the characters' ability to fart; different farts are used to accomplish specific tasks. For example, the "Cup-A-Spell" allows the player to throw a fart to interact with a distant object, the "Nagasaki" destroys blockades, and the "Sneaky Squeaker" can be thrown to create a sound that distracts enemies. Attacks can be augmented with farts if the player has enough magical energy.

The player has access to unlockable abilities that can open new paths of exploration, such as shrinking to access small areas like vents, teleportation which allows the player to reach otherwise unreachable platforms, and farts which trigger an explosion that defeats nearby enemies when combined with a naked flame. Actions committed against enemies outside of battle affects them in combat; the player or opponent who strikes first to trigger a fight will have the first turn in battle. Combat takes place in a battle area separate from the open game world. Battles use turn-based gameplay and each character takes a turn to attack or defend before yielding to the next character.

During the player's turn, a radial wheel listing the available options—class-based basic melee attacks, special attacks, long-ranged attacks, and support items—appears. Basic attacks are used to hit unarmored enemies and wear down shields; heavy attacks weaken armored enemies. A flashing icon indicates that attacks or blocks can be enhanced to inflict more damage,or mitigate incoming attacks more effectively. Each special attack costs a set amount of "Power Points" or "PP" (pronounced peepee) to activate. Only one party member can join the player in battle. Certain characters, such as Tuong Lu Kim, Mr Hankey, Jesus, and Mr. Slave can be summoned during battle to deliver a powerful attack capable of defeating several enemies simultaneously; Jesus sprays damaging gunfire, while Mr. Slave squeezes an enemy into his rectum, scaring his allies away.

Screenshots from the game South Park The Stick Of Truth

South Park The Stick Of Truth for mac game download 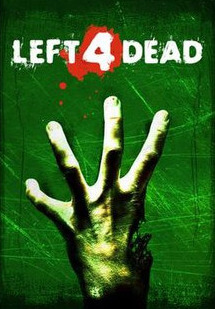 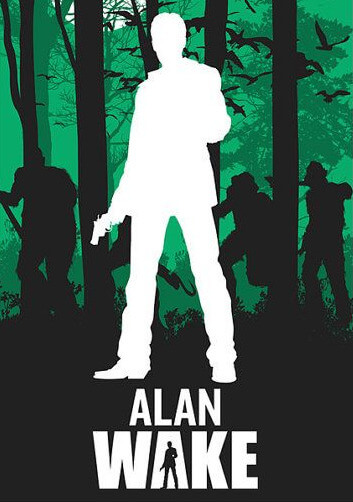 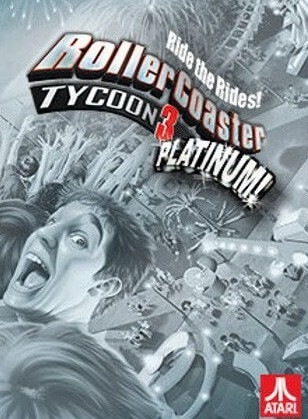 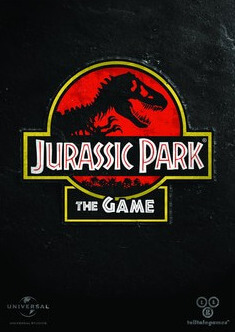