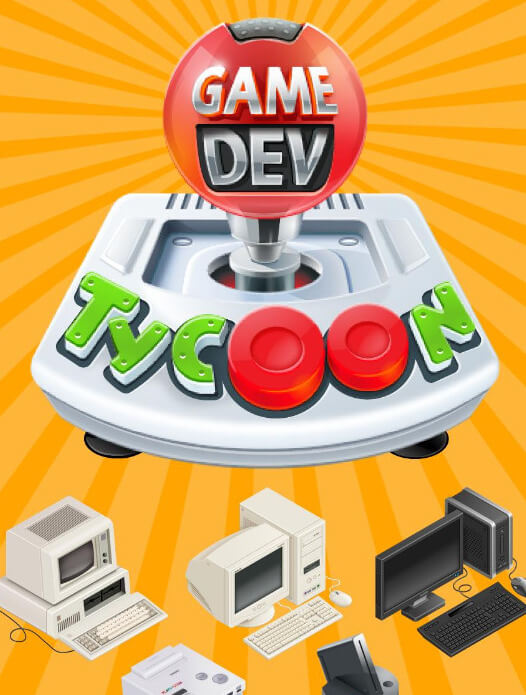 The game's developers implemented a unique anti-piracy measure for Game Dev Tycoon. Patrick Klug, founder of Greenheart Games, knowing that the game was likely to be torrented extensively, purposely released a cracked version of the game and uploaded it himself to torrent sites. Gameplay in this version is identical except for one variation, as players progress through the game they receive the following message:

Boss, it seems that while many players play our new game, they steal it by downloading a cracked version rather than buying it legally. If players don't buy the games they like, we will sooner or later go bankrupt.

Eventually players of the cracked version will gradually lose money until they do go bankrupt, as a result of pirates. News site Ars Technica reported that some players complained on message forums about this piracy feature, unaware that it only appeared because they themselves pirated the game.

The player starts out in a garage in the early 1980s during the golden age of arcade video games with no employees, limited money, and limited choices for the first game. As new games are created, new options are unlocked. When the first game engine is built, the player's game development skills improve. New consoles will also be released, and the player will be able to buy licenses for certain consoles, such as the GS, PlaySystem, mBox, Vena Oasis, TES, and grPad which parody real life consoles and devices with different names due to trademark regulations. As the player progresses through the game further they have the opportunity to move to new offices and hire staff. After that further expansion is available, with players given the opportunity to open an R&D lab when reaching certain requirements that host major projects, allowing the player to unlock things they wouldn't be able to otherwise, such as MMOs and online game shops similar to Steam, Uplay, App Store etc. The player may also open up a Hardware Lab to create consoles and devices.

Game Dev Tycoon received varied reviews upon release. Metacritic, which assigns a weighted average score out of 100 to reviews from mainstream critics, gave the game a score of 68 based on 21 reviews, indicating "mixed or average reviews".

The game has native support for writing mods in jаvascript with the gdt-modAPI. Users have used this on the Steam Workshop with 663 mods listed as of May 26, 2018. They range from simple thing such as adding new consoles and Topics to making new libraries like UltimateLib. One of the most common ways people make these mods is with a Third-party software component called Ultimate Module Editor (UME).

Hello Friend! On this page, you can download the full and latest version of the game Game Dev Tycoon on your MacBook Free. This is Cracked Game.
Comments 0 on "Game Dev Tycoon for Macbook"
No comments yet. Be the first!
Вход Регистрация
Category
TOP 5 Games