Prison Architect is a private prison construction and management simulation video game developed by Introversion Software. It was made available as a crowdfunded paid alpha pre-order on September 25, 2012 with updates scheduled every three to four weeks. With over 2,000,000 copies sold, Prison Architect made over US$10.7 million in pre-order sales for the alpha version. Prison Architect was an entrant in the 2012 Independent Games Festival.

The game was available on Steam's Early Access program, and was officially released on October 6, 2015.

On January 8, 2019, it was announced that Paradox Interactive had acquired the rights to Prison Architect for an undisclosed sum.

The game is a top-down 2D (with a partially 3D mode) construction and management simulation where the player takes control of building and running a prison. The player is responsible for managing various aspects of their prison including building cells and facilities, planning and connecting utilities, hiring and assigning staff, including a warden, guards, workers, and more. The player needs to recruit staff to unlock more aspects of the game. The player is also responsible for the finances of their prison, and for keeping their inmates content. The player's role is of both architect and governor with sandbox micromanagement themes such as choosing where to put lights, drains and how they connect together. The player is also able to add workshops to the prison as well as reform programs that reduce the specific prisoner's recidivism rate. The player tells the prisoners what to do indirectly by setting their schedule. The game takes inspiration from Theme Hospital, Dungeon Keeper, and Dwarf Fortress. The player can also allow additional conditions to be applied to their game (such as simulated temperature, gang activities) to increase the difficulty of the game and to simulate a prison in conditions nearer to reality. A player's prison is graded by an in-game report according to various factors, such as recidivism rate of prisoners that have left the prison, overall happiness, et cetera.

The first "official" (non-beta) release introduced an expanded story mode as a tutorial as well as an escape mode which casts the player as a prisoner with the goal of escaping, while causing as much trouble as possible.

Prison Architect was developed by British video game studio Introversion Software. The game was announced in October 2011, shortly after Introversion postponed the development of their bank heist simulator game Subversion. The game was first made available on September 25, 2012 as an Alpha version. The game was then crowdfunded with pre-orders, making over US$270,000 in two weeks with close to 8,000 sales. Developer's co-founder Mark Morris explains that independent crowd-funding has allowed them to have no time limit on the Alpha version, as well as no fees associated with crowd-funding platforms. As of December 2013, the developers have raised over US$9 million.

Introversion Software announced that a mobile version of the game was in development and the PC version of the game officially launched on October 6, 2015. In Introversion's alpha 30 video, they confirmed Prison Architect was coming to iOS and Android in October 2015 with the game's official release. The developers posted a tweet on March 21, 2013, that "I guess Prison Architect won't be coming to iPad then! Your loss Apple", with a link to a Pocket Gamer article. It was later revealed by the developer that the original direct port did not impress Apple. Due to the concern of it might not be featured on App Store's front page the project was set aside for a while. The effort to bring Prison Architect to mobile devices was resumed by Paradox Interactive as the publisher and co-developed with Tag Games. The tablet version for iPad and Android tablets was launched on May 25, 2017.  Introversion announced on January 20, 2016 that Double Eleven would be bringing the game to Xbox 360, Xbox One and PlayStation 4 platforms. The console versions were released on June 28, 2016. The Xbox edition of the game was released to subscribers to Xbox Live under the Games With Gold program in September 2018.

As of September 2018, the latest version is Update 16, released on September 4, 2018. Officially introducing multiplayer mode to the game, it allows up to 8 players to cooperatively build and manage a prison. This was later reduced to 4 players in an update to multiplayer in December 2018.

Screenshots from the game Prison Architect 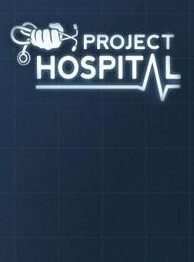 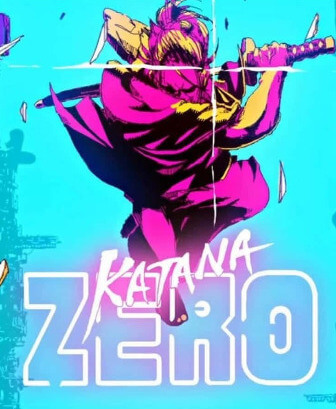 Hello Friend! On this page, you can download the full and latest version of the game Prison Architect on your MacBook Free. This is Cracked Game.
Comments 0 on "Prison Architect for Macbook"
No comments yet. Be the first!
Вход Регистрация
Category
TOP 5 Games