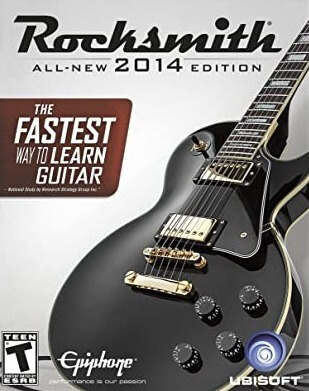 Rocksmith 2014 is a music video game produced by Ubisoft. It has been described as a replacement to the 2011 rhythm video game Rocksmith rather than a sequel. The game's main focus is the feature that allows players to plug in virtually any electric guitar or bass guitar and play. It was announced at Ubisoft's 2013 E3 presentation.

Rocksmith 2014 recommends the use of the "Hercules" adapter, a USB cable that connects to the standard 1⁄4 in (6.35 mm) output jack of most electric and bass guitars. Other guitars, such as acoustic guitars, may require additional hardware, such as a pickup.

Rocksmith 2014 offers three different development paths for lead, rhythm, and bass guitar respectively. It now includes the ability to set song difficulty, rather than having to play the song starting at the lowest difficulty, as in Rocksmith. The game includes a Session Mode, which enables players to perform in jam sessions with the in-game musicians. Other new modes include an enhanced Master Mode to help with memory-playing and new Guitarcade minigames. New missions have been added as a way to challenge and direct players towards areas they need to improve upon.

Rocksmith 2014 is intended to be more of a teaching tool than the original game, featuring more than 85 lessons covering bends, accents, slides, and more. A new finger positioning tool has also been added. Rocksmith 2014 also features a mode for colorblind players.

On why the publisher chose the name Rocksmith 2014 as opposed to Rocksmith 2, senior vice president of sales and marketing Tony Key explained it was to encourage those who had not played the first game yet to buy and play the second one, without needing to invest in a previous installment of the franchise. He compared it to foreign language learning courses: "This is not the second step in guitar playing. Some people might interpret it that way. If you see Spanish 1 and then Spanish 2, you think that you need to learn Spanish 1 first." He described Rocksmith 2014 as a "replacement" for the original game rather than a sequel, and argued that its new songs, modes and improvements justified the purchase for people who had already bought the original Rocksmith.

On 26 August 2016, Ubisoft announced Rocksmith 2014 Edition — Remastered, an updated version of the game to be released on 4 October 2016. The new version includes "a customizable learning curve, expanded practice tools, stat tracking, improved menus and more". The Remastered version is a free update to existing versions of the game, but was also released at retail for PC, PlayStation 4, and Xbox One with six additional songs. These six bonus songs have been released as DLC for all other users.

On 13 December 2016, Ubisoft released an additional patch for Rocksmith 2014 Edition — Remastered, which added two new capabilities that removed the requirement for the Real-Tone Cable. The first capability added to the software was Microphone Mode, which allowed players to use USB microphones and input devices that could simulate microphones for both players of acoustic guitars, and electric guitar players using non-Real-Tone cables. While this mode allows for note detection with the software, it disables the Rocksmith 2014's Authentic Tone capabilities, and players are limited to the "clean" guitar sound captured by the software. The second capability added to the software allows players to play along with the note tracks without note detection enabled.

In April 2020, it was announced that Rocksmith 2014 would receive no further DLC after the Opeth song pack, as focus was shifting to a new project.

Lee Cooper of Hardcore Gamer praised the game and its general improvement over 2011's Rocksmith, saying, "Every facet of gameplay has been given a nice thick coat of improvement in Rocksmith 2014, issues that the original title was known for have either been removed entirely, or overhauled beyond recognition."

Screenshots from the game Rocksmith 2014 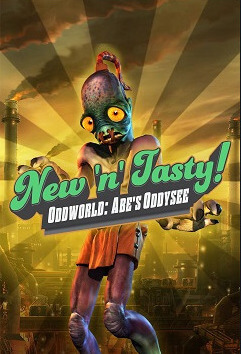 Hello Friend! On this page, you can download the full and latest version of the game Rocksmith 2014 on your MacBook Free. This is Cracked Game.
Comments 2 on "Rocksmith 2014 for Macbook"
Вход Регистрация
Category
TOP 5 Games