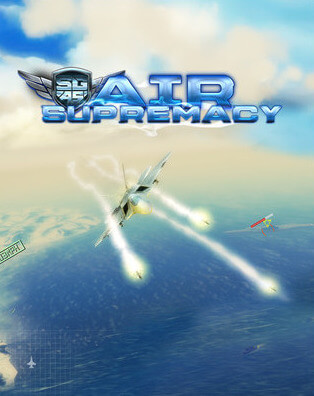 FORGET ABOUT EVERYTHING ELSE! THIS IS THE BEST AIR BATTLE! A large single player campaign and revolutionary multiplayer game modes - a fast-paced "action" game that keeps you in constant tension!

Become the master of heaven!

QUALITY AT THE LEVEL OF THE GAME CONSOLE!

After completing the campaign, you can hone your skills in the missions of air combat, survival, "each for himself", team battle to the death, capture the flag, defend the base - and in the future there will be new additions!

The total battle zone is four times the size of New York!

Invite your friends to play in modes of cooperation or rivalry: survival, "each for himself", team battle to the death, capture the flag and defend the base. Other modes will appear in the future. Send your suggestions!

CUSTOMIZE THE GAME "FOR YOURSELF" AND INCREASE YOUR SKILL

Air Supremacy is a game for all ages and skill levels, from beginners to veterans. You can even completely transfer control to the autopilot and concentrate entirely on shooting and squadron orders!