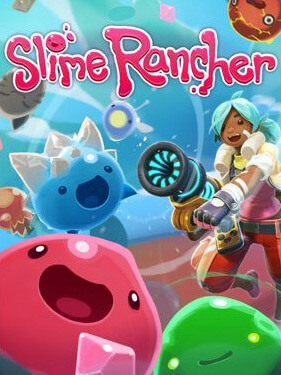 Slime Rancher is a life simulation video game developed and published by American indie studio Monomi Park. The game was released as an early access title in January 2016, with an official release on Windows, macOS, Linux and Xbox One on August 1, 2017. A PlayStation 4 version was released on August 21, 2018. As of February 28, 2019, the game has sold 2 million copies.

The game is played in an open world and from a first-person perspective. The player controls a character named Beatrix LeBeau, a rancher who moves to a planet far from Earth called the Far Far Range to live the life of a "slime rancher", which consists of constructing her ranch and exploring the world of the Far Far Range in order to collect, raise, feed, and breed slimes. Slimes are gelatinous living organisms of various sizes and characteristics.

The game's main economical aspect revolves around feeding slimes the appropriate food items so that they produce "plorts", which can then be sold in exchange for Newbucks, which are used to purchase upgrades to the rancher's equipment or farm buildings. The player moves the character around a variety of environments, and can collect slimes, food items and plorts by sucking them up with their vacuum tool (called a "Vacpack", a portmanteau of vacuum and backpack). They can only store a limited number of items and item types at a time and must go back to their ranch to unload their collected items before being able to collect more. The player must buy and upgrade various enclosures to house their collected slimes and farms for storing their food. Upgrades can also be aesthetic upgrades to the character's home, vacuum, and ranch itself.

Different types of slimes can be combined and enlarged by feeding a slime a plort from another species, making them noticeably larger and able to produce multiple plorts. However, if a slime combines more than three traits by eating two different plorts, it becomes an aggressive malevolent black slime called the "Tarr", which devours all other slimes around it. The player can pump fresh water from ponds and springs to splash and disintegrate the Tarrs.

There are different kinds of slimes in the game, which all differ from small traits like simple ears, wings and tails, to the ability to teleport or grab a chicken via a vine that emerges from the ground. Docile (when not feral) and farmable slimes include: Pink, Phosphor, Tabby, Quantum, Honey, Puddle, Tangle, Saber, Hunter and Dervish. Directly or indirectly harmful and farmable slimes are: Rock, Fire, Boom, Crystal, Mosaic and Rad. Rare non-farmable slimes include: Gold and Lucky. There are also special non-farmable Quicksilver and Glitch slimes found in mini games. Most slimes also have a Gordo version of themselves. These are found across the Far Far Range. Players can shoot food items at them until they explode, to gain farmable, normal types of the slime. When exploded they also produce crates containing random loot as well as either a teleporter or "slime key" which allow access to new areas or fast-travel between known areas.

The Early Access version of the Slime Rancher received generally positive reviews. Heather Alexandra from Kotaku noticed some bugs, but gave the game a positive review, saying that "I'm not usually a fan of games as catharsis but when return to my bright and goofy farm at the end of the day? I can help but smile as wide as my slimy little friends." sic Phillip Grobler from LevelSkip enjoyed Slime Rancher, giving the game a score of 4.3 out of 5 stars: "this game is very fun already and I will recommend anyone to go and check it out". Steve Neilsen from Games Mojo awarded it 4.4 out of 5 stars, stating that "Slime Rancher is fun and addictive game, with a fun premise and cute creatures. The cartoon style graphics look amazing, and gameplay is clever and full of cute."

The full release of the game got a score of 81/100 on Metacritic, with reviewers saying it had the ability to keep you hooked for hours. Reviewers also said it was relaxing and cathartic, but quite repetitive, and successfully taps into the addictive nature of farming simulators, but it doesn't quite reach the heights of its subgenre.

By May 2017, the game had sold over 800,000 copies. In Game Informer's Reader's Choice Best of 2017 Awards, the game tied in third place along with Forza Motorsport 7 for "Best Microsoft Game", while it came in second place for "Best Simulation Game". The website also gave it the award for the latter category in their Best of 2017 Awards.

Screenshots from the game Slime Rancher 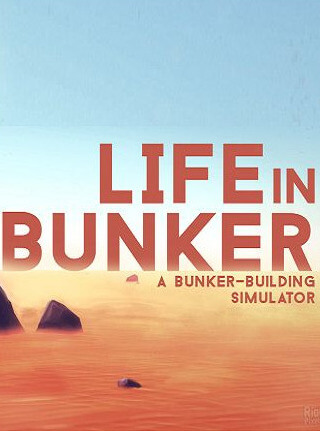 Hello Friend! On this page, you can download the full and latest version of the game Slime Rancher on your MacBook Free. This is Cracked Game.
Comments 3 on "Slime Rancher for Macbook"
Вход Регистрация
Category
TOP 5 Games