The Sims 3 is a life simulation video game developed by the Redwood Shores studio of Maxis and published by Electronic Arts. Part of The Sims series, it is the sequel to The Sims 2. It was released on June 2, 2009 for OS X, Microsoft Windows and smartphone versions. Console versions were released for PlayStation 3, Xbox 360, and Nintendo DS in October 2010 and a month later for Wii. The Windows Phone version was released on October 15, 2010. A Nintendo 3DS version, released on March 27, 2011, was one of its launch titles.

The Sims 3 was a commercial success, selling 1.4 million copies in its first week. Critics issued mostly positive reviews, with an 86/100 score from aggregator Metacritic. The game has sold over ten million copies worldwide since its 2009 release, making it one of the best-selling PC games of all time. It has eleven expansion packs. A sequel, The Sims 4, was released in September 2014 for PC and in November 2017 for consoles.

In The Sims 3, players control their own Sims' activities and relationships. The gameplay is open-ended and does not have a defined goal. Challenges occur randomly based on each Sim's lifestyle, like relationships, skills, and jobs. Career opportunities like working overtime or completing tasks can yield a pay raise, cash bonus, or relationship boost. Skill opportunities are the requests by your sim's neighbors or community members for Sims to solve problems using their acquired skills for cash or relationship rewards. If the opportunity is connected to a Sim's school, the reward may be increased school performance.

The new reward system Wishes replaces the Wants and Fears system in its predecessor The Sims 2. Fulfilling a Sim's wish contributes to the Sim's Lifetime Happiness score, allowing players to purchase lifetime rewards for the cost of those Lifetime Happiness points.

The game includes an optional feature called "Story Progression" which allows all Sims in the neighborhood to autonomously continue free without the player ever controlling those Sims. Sims live for a set duration of time that is adjustable by the player and advance through several life stages (baby, toddler, child, teen, young adult, adult, and elder). Sims can die of old age or they can die prematurely from causes such as fire, starvation, drowning, electrocution. Further causes of death were added in the game's expansion packs.

The Sims 3 introduces many more character customization options than its predecessor The Sims 2.

The player has a larger selection of body types for Sims as muscle and body weight sliders have been introduced. However, toddlers do not have the option to have their weight customized. Additional options were added over time in free updates, for example sliders for breast size and muscle definition to coincide with the release of the Late Night expansion pack. The Sims 3 offers a wider range of skin tones than its predecessors, ranging from realistic Caucasian and black skins to fantasy green and purple colors, each skin tone can be further customized with a light to dark slider.

The base game includes 22 female hairstyles and 17 male hairstyles although many more were made available in later expansion packs, stuff packs and content packs from The Sims 3 Store. Hats and accessories may be applied and may also have their colors and textures altered. Each Sim's hair color can be chosen from one of eight basic colors, or the hair color can be customized using a color wheel to choose the base hair color, roots, highlights or tips.

The Sims 3 offers many more character customization options than its predecessors. With the addition of "Advanced Mode", players can focus on single features on a characters body to modify, allowing for detailed customization. Players also have the option of giving freckles, beauty marks, and tattoos to their Sims.

The Sims 3 puts a greater emphasis on custom content and mods with a variety of tools available both in and out of the game to aid mod makers. With the addition of third party mods it is possible to add many more hairstyles and clothing options.

There are several skill-dependent abilities, such as more social interactions available from high charisma, special songs for guitar players, and appliance upgrades (self-cleaning, more TV channels, etc.) for high handiness. Sims can begin building skills as early as their toddler days. While skills do not show up in the meter right away, using skill building objects is rewarded once the toddler grows into a child. The basic skills include Logic, Cooking, Painting, Gardening, Writing, Guitar, Athletic, Handiness, Charisma and Fishing. New skills were later added in expansion packs. When Sims reach level 10 of a skill, they will get a certificate in the mail.

Screenshots from the game The Sims 3 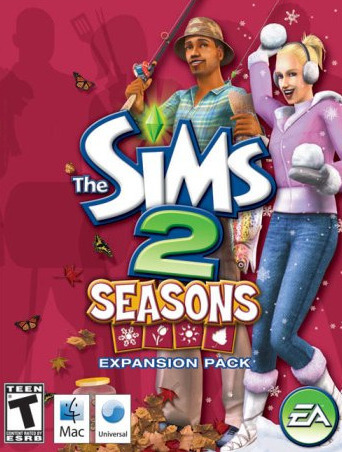 Hello Friend! On this page, you can download the full and latest version of the game The Sims 3 on your MacBook Free. This is Cracked Game.
Comments 14 on "The Sims 3 for Macbook"
Вход Регистрация
Category
TOP 5 Games