Tropico is a construction and management simulation video game developed by PopTop Software and published by Gathering of Developers in April 2001. Feral Interactive has developed and published a number of the games in the series for Mac OS X. The games see the player taking the role of "El Presidente", the ruler of a fictional island country in the Caribbean during the Cold War era from the 1950s onward.

The game is tongue-in-cheek in its presentation of semi-democratic banana republics, using a great deal of humor while still referencing such topics as totalitarianism, electoral fraud, and the interventions of powerful companies (United Fruit is implied) and the Cold War superpowers (the United States and Soviet Union). This is similar to the previous 8bit Game Dictator by DK'Tronics, except in Dictator the success is measured by the amount you put away in your Swiss bank account.

The game was re-released in the three-game pack Tropico Reloaded, packing the original game, the expansion pack Tropico: Paradise Island, and the sequel Tropico 2: Pirate Cove into one release. It is available both digitally on Steam and GOG.com, and on disc.

Regardless of any other stated victory condition, the main goal of any Tropico game is to stay in power. If the island's populace disapproves of the player's actions, they may vote their leader out of office. Individual factions and powers can also end or disrupt El Presidente's rule. Rebels can defeat the army and storm the Presidential palace. If the army is dissatisfied, it can stage a coup d'état.

If "El Presidente" manages to stay in positive view of the Soviet Union and the United States they will supply him with foreign aid money. If either of the Cold War superpowers becomes unhappy with the player's regime, it may launch an invasion to overthrow it. The superpowers may build a military base on Tropico, protecting the island from the other and offering monthly payments. If an army base is established in the country, it may ask for specific tasks, and low satisfaction will lead them to overthrow "El Presidente".

Tropico can be played in two gameplay modes: scenario or custom game/random map. Scenarios are predetermined game conditions with defined goals that must be accomplished in order to win. The game includes several scenarios, each with a stated level of difficulty. Custom games allow virtually all starting conditions to be controlled. The player can customize the map of the island, adjusting its size and steepness to personal preference. Many other aspects of gameplay, such as political and economic difficulty, can also be customized to make the game easier or more difficult. The custom game also allows the player to choose how many game years the simulation will run for (a minimum of 10 years, a maximum of 70), and what conditions will determine victory (if any). The game also includes a tutorial level, which teaches the player the game mechanics and controls of the game.

The player is able to issue a number of governmental edicts, some of which require funding or the availability of particular buildings. Edicts are used to achieve various game effects, from appeasing one of the superpowers by openly praising them, to instating martial law or giving a tax break to the populace.

Before starting a custom game, the player may either design their own "El Presidente" character or select one from a list of pre-made leaders. These include real-life figures such as Che Guevara, Fidel Castro, and Augusto Pinochet, fictional rulers such as Hernando Blanco and Sancho Baraega. Lou Bega, who is a pop musician commonly known at the time for the song "Mambo No. 5", is also available as a dictator persona. After the player has chosen a leader, the player can customize their profile by specifying the strengths and flaws of their character's personality, the means by which they came into power and their social background. These choices affect the attitudes of factions and superpowers towards the player, and can also alter the costs or consequences of in-game actions.

The game calculates a score for the player at the end of the game. This score is based on a variety of factors, including the happiness of the island's citizens, the health of the island's economy, how much money the player has set aside for his own retirement in a Swiss bank account, and the level of difficulty chosen at the start of the game.

While "El Presidente" has absolute rule over the lives of the Tropican people, politics play an important role in gameplay. The player must decide whether to hold free elections, attempt to manipulate the election by intimidating voters, or to reject democracy and run the island as a dictatorship. These decisions will have direct effects on the Tropican people's happiness, liberty, and respect for the leader. Often the player is judged on "democracy expectations" versus "democracy results", which will influence the public's opinion of their leadership. Having free elections increases the respect of El Presidente among the population, but if their support gets too low, there is the risk of El Presidente losing the elections and being forced to resign. A successful leader will have to either meet the needs of the populace, the political factions, and the wider political world, or establish and police a totalitarian military dictatorship and watch the army carefully.

If pushed enough the Tropican people may choose to rebel against "El Presidente", conducting guerrilla attacks against various buildings on the island; if the rebellion grows strong enough this will result in the overthrow of the player. A sufficiently dissatisfied military will likely instigate a coup. Often threats to power can be measured based on a unit's leadership qualities and his courage. For example, a citizen with poor leadership but strong courage may not be likely to start a rebellion but may be willing to join it.

Screenshots from the game Tropico 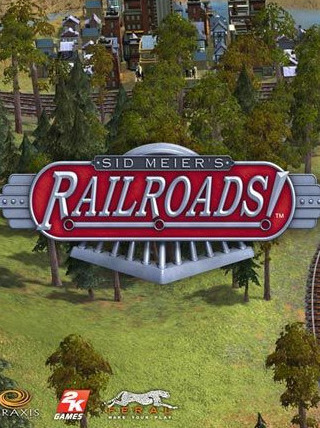 Hello Friend! On this page, you can download the full and latest version of the game Tropico on your MacBook Free. This is Cracked Game.
Comments 0 on "Tropico for Macbook"
No comments yet. Be the first!
Вход Регистрация
Category
TOP 5 Games