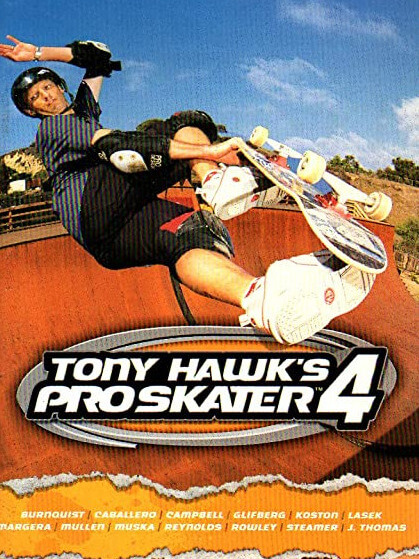 Pro Skater 4 is a departure from the previous three games' Career mode, in which the player had a set amount of time in order to find and complete goals. 4 instead featured a Career mode more similar to Free Skate mode, in which there was no time limit to explore the level, the goals are usually offered to the player to attempt by characters found in the level. This Career mode would be later seen as the Story modes of the Underground series, American Wasteland, Project 8 and Proving Ground.

The game builds on the success of the gameplay in the previous games in the series. All of the combos from the previous game make an appearance, as well as some new tricks that can be performed to better navigate parks and areas. New to the game is the spine transfer, in which the player can press the shoulder button to transfer between quarter-pipes connected back-to-back, or otherwise self-right themselves to exit quarter-pipes or prevent bailing should they fly off them. The game also features skitching, which lets skaters hang off the back of moving vehicles.

The "hidden combos" for turning some tricks into slight variations in Pro Skater 3 turned into a standard feature, albeit not as advanced as the system would turn out in the next game in the series, where it was finalized. Also included was the ability to do grind and lip extensions by tapping a direction and grind while grinding or lipping, which can also grant the player bigger combos as they can do a grind extension into a special move, for example. As with trick extensions, this would be standard in the next game in the series where it was much simpler to do. The game is also the only one in the series where the player does not have to buy tricks. Instead, the basic trick-set the player gets is allocated depending on what type of move set the player defines for their character.

Additionally, the player can unlock four other playable characters; Jango Fett from Star Wars, Eddie, the ubiquitous mascot of the heavy metal band Iron Maiden, Mike Vallely, who is a professional skater and wrestler, and Daisy, a female skater visually based off and voiced by Jenna Jameson.

Trick Attack: The goal is to get as many points as possible. Whoever has the most points at the end wins.

Combo Mambo: Almost the same as Trick Attack, except the highest number of points are done in one combo.

King of the Hill: A capture the flag type of game wherein the player must hold a crown for as long as possible.

Slap: The goal of the game is to hit each other. The faster skater will knock down the other.

The game received critical acclaim. IGN gave the Xbox version a 9/10, stating that "Tony Hawk 4 is by far the best skateboarding title around and head and shoulders above its 'me-too' competition." The PlayStation 2 version received the highest score from IGN, with a 9.3/10, commenting that though the graphics haven't changed from its predecessor, the maps are much larger than in Pro Skater 3, along with praising the increased difficulty. 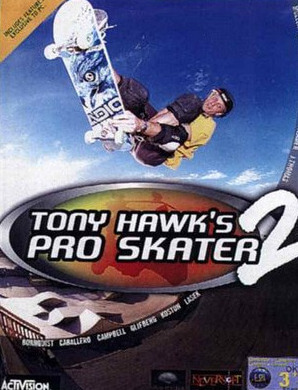