Hitman: Contracts is a 2004 stealth video game developed by IO Interactive and published by Eidos Interactive for Microsoft Windows, PlayStation 2 and Xbox. It is the third installment in the Hitman video game series. As of April 2009, the game has sold around 2 million copies. High-definition ports of Contracts and its predecessor and successor, Silent Assassin and Blood Money, were released on PlayStation 3 and Xbox 360 in January 2013 as the Hitman HD Trilogy.

In Hitman: Contracts, gameplay takes place in a third-person perspective, as the players control Agent 47, who is sent to various locations to assassinate specific targets. A wide array of weapons can be used, from kitchen knives, assault rifles and handguns to belt-fed machine guns. While stealth and subterfuge is encouraged, the game allows the player to take a more violent approach and gunfight their way to their mission goals. As players progress through the game, they can collect the various armaments found in the levels, allowing them to be used in future missions. Aside from the more straightforward ways of killing targets such as gunplay and strangulation, several missions allow the player more subtle ways to eliminate hits, such as judicious use of poison, or arranging "accidents" like a heat-induced heart attack inside a sauna.

Players are rated on their performance based on several factors; key among which are the number of shots fired, non-player characters (NPCs) killed (and whether they were armed adversaries or innocents), and the number of times the guards are alerted. The lowest rank is "Mass Murderer", which is awarded to players who kill large numbers of NPCs in the pursuit of their target and do not use stealth. The highest rank is "Silent Assassin", which is earned when the player accomplishes their mission without being detected, and generally without killing anyone other than the intended target(s).

Contracts continues the trend of context sensitive actions, which means that one button is used in multiple situations for multiple uses. For example, when the player is near a door, the context sensitive button will allow the player to perform door-relevant actions such as keyhole-peeking, lock picking, or if allowed, simply opening it. When the player is near an unconscious or dead NPC, the same button will allow the ability to either acquire the person's outfit, or drag the body to an area where it will not be found by guards.

Along with the context sensitive button, the "Suspicion Meter" returns as well; this meter informs players of how close they are to blowing their respective cover. Actions like excess running indoors, brandishing weapons openly, residing in restricted areas, or sneaking can raise suspicion. Proximity will also usually raise the meter. If the "Suspicion Meter" fills, guards will open fire on sight of the player and the current cover becomes useless. If the guards discover a fallen body, or if an unconscious person wakes and alerts them, the "Suspicion Meter" will raise much faster than it would otherwise.

Disguises can be either found in the environment or taken from the bodies of male NPCs. Depending on the disguise, the player can then access areas restricted to most individuals in a level. These disguises can be seen through by guards, as stated above; e.g. if guards in a level are all wielding shotguns, a player dressed as a guard but not similarly equipped will draw more suspicion. Also, certain behaviors (like picking locks) will cause guards to see through a disguise as well.

While in Paris on a contract, Agent 47 is shot by an unknown assassin but manages to return to his hotel room before collapsing. Believing that he might die, 47 reflects on his past assignments, starting with his escape from the lab of his creator, Dr. Ort-Meyer, following his death at the end of Hitman: Codename 47. He recalls other previous jobs, including the killing of two fetishists in Romania, a black marketeer selling weapons to terrorists in Kamchatka as well as his client, a corrupt nobleman and his son in the United Kingdom, a biker gang leader and a Kazakh nuclear arms dealer in Rotterdam, Franz and Fritz Fuchs in Budapest and several triad members as well as Lee Hong in Hong Kong.

Before he can bleed out, a doctor sent by the Agency arrives and performs emergency surgery. Groupe d'Intervention de la Gendarmerie Nationale (GIGN) officers reach the hotel before the operation is complete, forcing the doctor to flee without dressing the wound. After recovering his strength, 47 wakes up and checks his mission briefing. He learns that his original targets were the U.S. ambassador Richard Delahunt, as well as the Portuguese tenor Philippe Berceuse (renamed Alvaro D'Alvade in Hitman: Blood Money) performing at a local opera house (an event later featured in "Hitman: Blood Money"). Both men were involved in a child prostitution ring operating in Eastern Europe. He was also ordered to assassinate a third target, Inspector Albert Fournier. Having been tipped off to 47's presence, Fournier surrounds the hotel he is taking refuge in with heavily armed police.

Escaping the hotel, 47 kills Fournier. He makes his way to the airport, where he boards a plane and escapes the country. His handler Diana, who happens to be sitting behind him, confirms his suspicions. She also warns 47 that someone is targeting him and the Agency, before slipping him a file and a case filled with cash.

Screenshots from the game Hitman Contracts 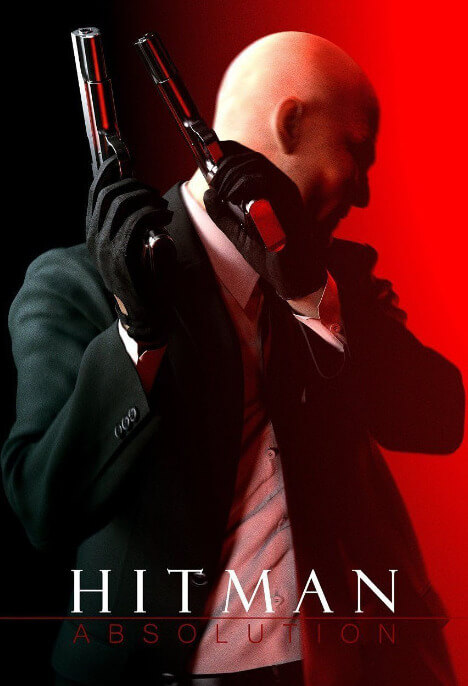 Hello Friend! On this page, you can download the full and latest version of the game Hitman Contracts on your MacBook Free. This is Cracked Game.
Comments 1 on "Hitman Contracts for Macbook"
Вход Регистрация
Category
TOP 5 Games