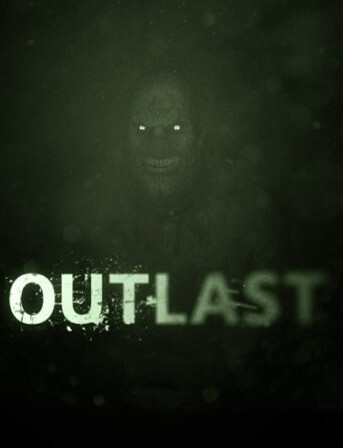 Outlast is a first-person survival horror video game developed and published by Red Barrels. The game revolves around a freelance investigative journalist, Miles Upshur, who decides to investigate a remote psychiatric hospital named Mount Massive Asylum, located deep in the mountains of Lake County, Colorado. The downloadable content, Outlast: Whistleblower, centers on Waylon Park, the man who led Miles there in the first place.

Outlast received generally positive reviews, with praise for its atmosphere, horror elements, and gameplay. As of October 2016, the game has sold four million copies overall.

In Outlast, the player assumes the role of investigative journalist Miles Upshur, as he navigates a dilapidated psychiatric hospital in Leadville, Colorado that is overrun by homicidal patients. The game is played from a first-person perspective and features some stealth gameplay mechanics. The player can walk, run, crouch, jump, climb ladders and vault over objects. Unlike most games, however, the player doesn't have a visible health bar on the screen and is unable to attack enemies. The player must instead rely on stealth tactics such as hiding in lockers, sneaking past enemies, staying in the shadows and hiding behind or under things in order to survive. Alternatively, the player can attempt to outrun their pursuer. If the player dies, the game will reset to the most recent checkpoint.

Most of the hospital is unlit, and the only way for the player to see while in the dark is through the lens of a camcorder equipped with night vision. Using the night vision mode will slowly consume batteries, forcing the player to scavenge for additional batteries found throughout the asylum. Outlast makes heavy use of traditional jump scares and audio cues, which alert the player if an enemy has seen them. If the player records specific events with their camcorder, Miles will write a note about it, providing further insight into his thoughts. Documents can be collected, which offer backstory and other expository information about the facility, including pages taken from the diaries of patients and reports from the hospital staff.

Developer Red Barrels have pointed to the survival-focused gameplay in Amnesia: The Dark Descent as a primary influence on the combat-free narrative style of Outlast. Found-footage horror films like Quarantine and REC also served as influences.

Freelance investigative journalist Miles Upshur receives an anonymous email that inhumane experiments are being conducted at Mount Massive Asylum, a private psychiatric hospital owned by the notoriously unethical Murkoff Corporation. Upon entering, Miles is shocked to discover its halls ransacked and littered with the mutilated corpses of the staff. He is informed by a dying officer of Murkoff's private military unit that Mount Massive's deranged inmates, known as "variants", have escaped and are freely roaming the grounds, butchering Murkoff's employees. The officer implores him to leave, but Miles finds he cannot return the way he came and must press on.

As Miles searches for an exit, he is ambushed by a hulking variant named Chris Walker, who hurls him through a window into the lobby, knocking him unconscious. While incapacitated, Miles encounters Father Martin Archimbaud, a self-anointed priest with schizotypal personality disorder, who claims Miles is his "apostle" and sabotages his escape by cutting off power to the front doors. Miles restores power, but Father Martin injects him with anesthetic. He shows Miles footage of "the Walrider", an entity killing patients and personnel alike, which he claims is responsible for the asylum's ransacking.

Regaining consciousness, Miles finds himself trapped in a decaying cell block filled with catatonic and demented patients. He escapes through the sewers to the main wards, pursued by Walker and two cannibalistic twins, only to be captured by Rick Trager, a former Murkoff executive driven insane like the other inmates. Trager straps Miles to a wheelchair and amputates two of his fingers with a pair of bone shears, preparing to do the same to his tongue and genitals. However, Miles escapes Trager and flees to the elevator, inadvertently crushing Trager between floors when he attacks him.

Miles ventures further into the hospital and reconvenes with Father Martin, who tells him to go to the asylum's chapel. Reaching an auditorium, Miles learns that the Walrider was created by Dr. Rudolf Gustav Wernicke, a German scientist brought to the United States during Operation Paperclip. Wernicke believed that intensive dream therapy conducted on traumatized patients could connect swarms of nanites into a single malevolent being.

Screenshots from the game Outlast

Hello Friend! On this page, you can download the full and latest version of the game Outlast on your MacBook Free. This is Cracked Game.
Comments 5 on "Outlast for Macbook"
Вход Регистрация
Category
TOP 5 Games